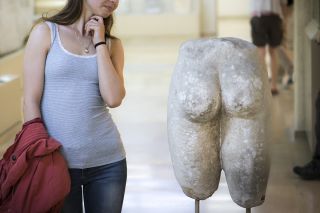 A hospital in Bangkok recently experienced a massive surge in popularity for an unorthodox cosmetic procedure: penis lightening.

A video posted to Facebook earlier this week by the Lelux Hospital appeared to show a medical technician servicing the nether regions of a male patient lying on a table. The post racked up over 4 million views and garnered more than 10,000 comments by Jan. 4, Newsweek reported. (The post, however, has since been deleted.)

Laser skin lightening works by destroying melanocytes — cells that produce the skin pigment melanin — without damaging the surface of the skin, according to the Mayo Clinic.

The technique is often used to treat age spots or other isolated patches of darkened skin, and has few side effects other than increased sensitivity to sunlight, the Mayo Clinic says. However, applying this technique to highly sensitive genital areas may come with risks, including "irritation, allergies and inflammation," Dr. Thongchai Keeratihuttayakorn, deputy director-general of Thailand's Health Service Support Department, said in a statement issued by the Ministry of Public Health.

Many prospective patients who visit Lelux travel to the clinic from Hong Kong, Cambodia and Myanmar, seeking a brighter future for their genitalia, the BBC reported.

"We get around 100 clients a month, three to four clients a day," Bunthita Wattanasiri, a manager in the hospital's skin and laser department, told the Agence France-Presse.

The newly inflated popularity of the clinic's penis lightening was preceded several months earlier by the introduction of cosmetic labia lightening, according to the BBC. Hospital officials subsequently received so many requests for penis lightening that they began offering the service about one month later, charging $650 for five sessions.

The popularity of cosmetic skin lightening in Thailand — and in other countries — is generally associated with social conventions and pressures that favor lighter skin tones over darker ones; lighter skin is linked to elevated social status, the BBC reported. Lelux Hospital representatives estimated that about 50 percent of its clients visit the hospital for skin-lightening treatments, according to the BBC.