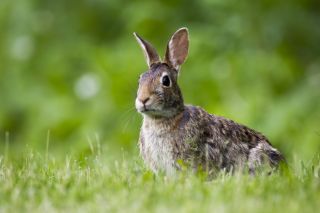 A severe pain in one man's artificial hip joint turned out to be caused by an extremely rare bacterial infection, according to a new report of the man's case. But doctors are still puzzled as to how the man got the infection in the first place.

The 77-year-old man's right artificial hip joint was infected with the bacterium Francisella tularensis, which is responsible for a disease called tularemia, according to the case report, published Oct. 11 in the journal BMJ Case Reports.

Tularemia is also known as "rabbit fever" or "deer fly fever," because the bacterium can be spread by handling an infected rabbit or being bitten by a deer fly. It can also be spread by tick bites. But in the man's case, it's not entirely clear how he picked up the infection. [10 Bizarre Diseases You Can Get Outdoors]

"We did not find any ticks attached to his skin, although it's possible he may have had a tick bite or exposure in another form," said lead author Dr. Harsh Rawal, an internal medicine resident at the University of Illinois College of Medicine at Urbana-Champaign. Rawal was one of the doctors who treated the man.

The man didn't remember being bitten by a tick, and he had no pets that may have carried one into his home, according to the report. He also had no contact with any animals that could have transmitted the infection to him.

The man did tell the doctors that he had been a hunter about 50 years ago — some people may get the disease by handling or skinning infected rabbits, muskrats, prairie dogs and other rodents, according to the CDC — but, given his long absence from hunting, this wouldn't explain how he acquired the infection five decades later.

A pain in the hip

After having severe pain in his right hip for about a week, the man went to the emergency room, according to the report. At the time, he said he was concerned because 25 years earlier, he had a total hip replacement done on this hip and an artificial hip joint was inserted.

His doctors decided he needed surgery to repair his artificial hip joint and drain fluid from the area, but they found no evidence of any infection.

But one week after leaving the hospital, the man returned to the emergency room with right hip pain and a fever of 100.6 degrees Fahrenheit (38.1 degrees Celsius).

It was then that the doctors noticed a bulbous skin lesion on one of his shins, according to the report, so they sent the man for blood tests and lab cultures once again.

This time, the tests revealed that the man was infected with F. tularensis.

Although he had lacked many of the usual symptoms of tularemia — such as swollen  lymph nodes, sore throat, cough, trouble breathing or eye irritation — the skin lesion on his shin was a telltale sign of the most common form of the disease, called ulceroglandular tularemia. In this form, people develop a skin ulcer where the bacteria enter the body, and lymph nodes near the ulcer become swollen.

The skin lesion had been present on the man's leg for almost a year before his hip joint became infected, Rawal told Live Science.

Although it is difficult to pinpoint the exact location the organism may have entered the man's body, Rawal said he suspects it was probably the area where the skin lesion developed. No other joints besides the artificial hip joint became infected, he said.

An infection with this type of bacteria in an artificial joint is very uncommon, Rawal said. In fact, this is only the second reported case in the medical literature of a prosthetic joint becoming infected with F. tularensis, the case report authors wrote. [Here's a Giant List of the Strangest Medical Cases We've Covered]

And bacterial infections in artificial hip joints in general rarely, if ever, occur, Rawal said. When they do occur, the likely culprits are the organisms Staphylococcus aureus, which gives rise toMRSA (methicillin-resistant Staphylococcus aureus) infections, or streptococcus or pseudomonas species, he said.

The man did not want to have another surgery to remove his infected prosthetic joint, Rawal said. Instead, he took oral antibiotics for about a year to treat the infection.

Fortunately, the treatment worked: His skin lesion healed, his hip pain went away and he had no further symptoms of the bacterial infection.