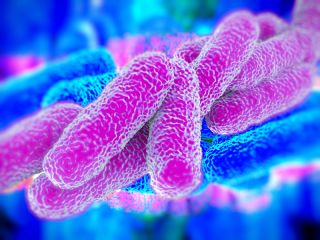 More than 100 people have fallen ill with Legionnaires' disease after attending a North Carolina state fair last month, and now officials may have found the source of the outbreak: hot tubs.

So far, officials have confirmed 116 cases of Legionnaires' disease among people who attended the fair, which took place in Fletcher, North Carolina, from Sept. 6 to Sept. 15, according to a statement from the North Carolina Department of Health and Human Services. Another eight attendees developed Pontiac fever, which is related to Legionnaires' but is less severe. One death has been reported in connection with the Legionnaires' outbreak.

Early findings from the investigation showed that people who were diagnosed with Legionnaires' disease were much more likely to report walking by hot tubs — which were on display at an event center at the fair — compared with people who did not get sick, the statement said.

Legionnaires' disease is a serious lung infection, or pneumonia, caused by Legionella bacteria, according to the Centers for Disease Control and Prevention. This bacterium lives in watery environments, such as cooling towers and air-conditioning systems, as well as hot tubs. People become infected when they inhale airborne water droplets (within vapor or mist) containing the bacteria. The disease does not spread from person to person.

Pontiac fever is also caused by Legionella, but it is a milder infection that does not lead to pneumonia.

Health officials found Legionella bacteria in one water sample taken from the event center where the hot tubs were housed.

These early findings suggest that low levels of Legionella were able to grow in hot tubs — or possibly another source within the event center — which led to people breathing in water vapor with the bacteria, the statement said.

However, the investigation is ongoing, and officials have not reached a final conclusion about the source of the outbreak.