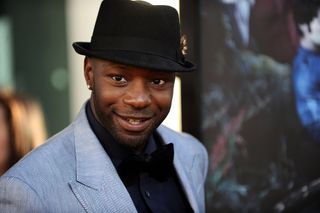 Actor Nelsan Ellis, who starred on the HBO show "True Blood," has died of heart failure at the age of 39. But what causes this condition?

On Saturday (July 8), Ellis' manager, Emily Gerson Saines, told The Hollywood Reporter that the actor had died "after complications with heart failure." There are many conditions that can lead to heart failure. On Monday (July 10) the news site TMZ reported that Ellis' heart failure was triggered by alcohol withdrawal complications when the actor attempted to quit drinking. Here’s a look at what can cause heart faliure.

Heart failure means the heart muscle can't pump enough blood to meet the body's normal demands, according to the National Institutes of Health. This can happen when the heart either doesn't fill up with enough blood, or doesn't pump blood with enough force to the rest of the body. [10 Celebrities with Chronic Illnesses]

Heart failure can develop as the result of other conditions that damage or overwork the heart muscle, causing it to weaken, according to the NIH. Saines did not specify the reason for the actor's heart failure, but a number of conditions can lead to heart failure, including the following:

Coronary heart disease: This is a condition that occurs when plaque builds up in the arteries and reduces blood flow to the heart. It is the most common cause of heart failure, according to the Mayo Clinic. Coronary heart disease can increase the risk of a heart attack, in which a blood clot blocks blood flow to the heart. During a heart attack, the heart may suffer damage that leads to a weakened heart muscle, the Mayo Clinic says.

Diabetes: The high blood sugar levels found in people with diabetes can, in some cases, damage and weaken the heart muscle, leading to heart failure, according to the NIH.

High blood pressure: In people with high blood pressure, the heart has to work harder than normal to pump blood, according to the American Heart Association (AHA). Over time, the overworked heart muscle may become larger but also weaker, leading to heart failure.

Heart valve problems: The heart's valves help keep blood flowing in the correct direction, but if there is damage to the valves, the heart needs to work harder to keep blood moving, according to the Mayo Clinic. Several conditions can cause heart valve problems, including defects present at birth, a heart infection or coronary heart disease.

Abnormal heart rhythms: If anything goes awry with the heart’s rhythm, heart failure can result. For example, if the heart beats too fast or irregularly, it has to work harder than normal. Over time, this may cause the heart muscle to weaken, according to the Mayo Clinic. If your heart beats too slowly, it may not pump enough blood to the body, which can also lead to heart failure.

Congenital heart problems: These are heart problems that a person is born with. In some cases, the heart or its chambers don't form correctly, which means the heart has to work harder to pump blood, the AHA says.

In a statement about Ellis' death, HBO representatives said, "We were extremely saddened to hear of the passing of Nelsan Ellis. Nelsan was a long-time member of the HBO family whose groundbreaking portrayal of [the character] Lafayette [Reynolds] will be remembered fondly within the overall legacy of True Blood. Nelsan will be dearly missed by his fans and all of us at HBO."

Editor's note: This article was updated on July 10 at 7:00 p.m. ET to include information from TMZ's report on Ellis' alcohol withdrawal complications.