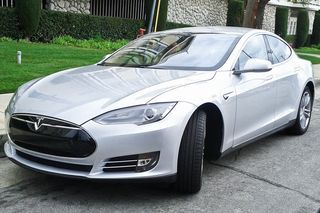 The world's first fleet of fully self-driving cars may hit the streets a world away from where they were invented.

The government of the United Arab Emirates has purchased 200 Tesla vehicles to add to the Dubai Taxi Corp. fleet, Gulf News reported.

Though the combination of Model S sedans and Model X SUVs will initially be used in the "Autopilot" mode, which requires a human driver, they will come equipped with the hardware needed for complete self-driving capability, the news agency reported. The Roads and Transport Authority (RTA) in Dubai plans to do a test run in the autonomous driving mode, with the goal of making Dubai the "smartest city" by 2020, Gulf News reported.

The purchase is part of the "Dubai Smart Autonomous Mobility Strategy aimed at transforming 25 percent of total journeys in Dubai into autonomous journeys by 2030," Mattar Al Tayer, director general and chairman of the board of executive directors of the RTA, told Gulf News.

In October 2016, Tesla founder Elon Musk announced that all future versions of the car will come equipped with hardware that will allow an upgrade to self-driving mode.