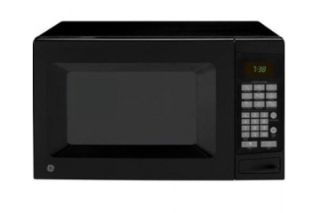 Microwaves cook and heat food, boil water and pop popcorn and aren't harder on food than the stove.
(Image: © GE)

A microwave oven is a kitchen appliance that is in nearly every U.S. home — 90 percent of households have one, according to the U.S. Bureau of Labor Statistics. With the touch of a couple of buttons, this ubiquitous device can boil water, reheat leftovers, pop popcorn or defrost frozen meats in mere minutes.

The microwave oven was invented at the end of World War II. Yet it took awhile for them to catch on. At first they were too big and expensive, and people didn't trust them because of the radiation they use. Eventually, technology improved and fears faded. By the 2000s, Americans named the microwave oven as the No. 1 technology that made their lives easier, according to J. Carlton Gallawa, author of the Complete Microwave Oven Service Handbook.

And it was all due to a happy accident with some melted chocolate.

Percy LeBaron Spencer was a self-taught engineer who had never finished grammar school, according to the Southwest Museum of Engineering, Communication and Computation. While at the Raytheon Corp., he worked on magnetrons — vacuum tubes that produce microwave radiation and are used in radar systems. In 1941, he devised a more efficient way to manufacture them. His innovation allowed production to rise from 17 per day to over 2,600 per day.

Spencer was testing a magnetron when he noticed that the chocolate bar in his pocket had melted, according to Raytheon’s company history. Intrigued, Spencer tested other foods, including popcorn kernels, and noticed that they all popped. He put an egg near the magnetron and watched as it started to shake and then explode. Spencer realized that the foods had been exposed to low-density microwave energy, according to Gallawa. He next built a metal box and fed microwave power into it. The energy entered the box but could not escape — microwaves do not pass through metal. Spencer discovered that microwaves could cook food faster than convention ovens that used heat. He filed a patent application in 1945. (Spencer went on to receive 150 patents throughout his career, according to the National Inventors Hall of Fame. He died in 1970.)

The first commercial microwave oven was tested in a Boston restaurant in 1947. Later that year, Raytheon introduced the Radarange 1161. It stood 5.5 feet (1.7 meters) tall, weighed 750 lbs. (340 kilograms) and cost $5,000, according to Gallawa. It had to be hooked up to a water line because the magnetron was water-cooled. It took a few years for the public to overcome their initial reluctance but as technology improved, microwave ovens grew in popularity, particularly in the food industry. Restaurants could keep cooked recipes in the refrigerator and heat them to order reducing waste. Other food industry establishments used microwaves for roasting coffee beans and peanuts, defrosting and precooking meat, and even shucking oysters.

Tappan, an appliance maker, introduced the first microwave ovens for home use in 1955, but because of their large size — as big as a stove — and high cost — $1,295 — few were sold, according to Gallawa. Raytheon acquired Amana Refrigeration in 1965, and two years later, the Amana Radarange, which could fit on a kitchen countertop, was introduced. It cost just under $500.

How does a microwave work?

Microwave ovens use radio waves set at a specific frequency — 2,450 megahertz with a power ranging from 500 to 1,100 watts, according to the World Health Organization (WHO). Food that sits in a microwave oven is bombarded on all sides by the microwaves. Water molecules within the food absorb the microwaves, and the resulting vibrations generate heat and cook the food. Microwaves pass through plastic, glass and ceramic but not metals, which is why it is not recommended to use metal containers or utensils in a microwave oven, according to SciTech.

A magnetron generates the microwaves. According to EngineerGuy, a magnetron is two permanent magnets on either side of a vacuum tube. Microwave radiation is created by the flow of electrons building up magnetic and electric fields, according to Tech-Faq. The microwaves are directed to the oven chamber in order to heat and cook the food.

Since their initial development, microwave ovens have gotten a bad rap due to their use of microwave radiation. According to the World Health Organization (WHO), microwave ovens are safe when they are used properly and maintained in good condition. While massive amounts of microwave radiation can be harmful, ovens are designed to keep the radiation within the oven and present only when the oven is switched on and the door is shut. A minimal amount of radiation that may leak, primarily through the glass door, is well below international standards.

According to the WHO, several countries and international standards committees have set a product emission limit of 50 watts per square meter at any point 5 centimeters away from the external surfaces of the oven. In practice, microwave emissions are substantially below this limit. Also, exposure decreases rapidly with distance: a person 50 cm from the oven receives about one one-hundredth of the microwave exposure of a person 5 cm away.

The main health concern when it comes to using microwaves is that in general, microwaves heat unevenly and can cause parts of the food to either be undercooked or extremely hot, so caution is needed — as well as a few extra minutes — for the heat to equalize within the food. The primary injury that results from using a microwave oven is a burn resulting from hot food and liquids or the particles of hot food from explosions from foods, such as eggs in their shells, cooking unevenly.

A 1982 article published in Critical Reviews in Food Science and Nutrition reviewed data from several studies on the effects of microwave cooking on the nutritive values of moisture, protein, carbohydrate, lipid, minerals and vitamins. The authors concluded that no significant nutritional differences exist between foods prepared by conventional and microwave methods.

In 2010, a team of researchers from the Universidad Complutense Madrid in Spain cooked a variety of veggies, from artichokes to zucchini, with techniques ranging from boiling to frying to microwaving. They measured the amount of antioxidants present before and after cooking. They found that baking, griddle-cooking and microwaving produced the lowest losses, while boiling and pressure-cooking were the hardest on antioxidants. Frying was somewhere in between.

The future of microwave ovens

Many microwave ovens today contain sensors that stop themselves when the food has completed cooking, according to SciTech. Samsung has developed a microwave oven that offers a variety of cooking methods. In addition to defrosting meats and reheating leftovers, the oven can fry and bake. It also has a fermentation cycle that can be used in making fresh dough and yogurt.

A microwave oven from NXP Semiconductors uses solid-state RF (radiofrequency) energy to cook. The microwave oven controls where, when and the amount of energy that is transmitted directly into the food. The result is improved consistency, taste and nutrition, according to NXP. The solid-state device allows for controlling large amounts of energy with high efficiency and with real-time feedback.

Other companies such as Wayv are producing portable, solid-state RF microwave ovens that can be charged via a regular plug, in the car, or with solar chargers. This particular model, which resembles a thermos, can be used for approximately 30 minutes per charge to heat up to 17 fluid ounces (0.5 liters) at a time.

Microwave ovens are also gaining features to be able to connect to mobile technologies, such as the line of LG smart appliances. These appliances have the ability to be turned on remotely from anywhere via a smartphone or other device.