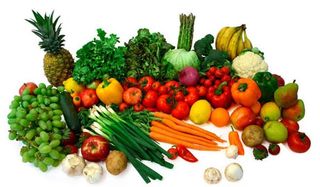 Nuke away! Microwaving vegetables isn't any worse for your veggies than other types of cooking. And, in some cases, it may be better.

Some natural-food enthusiasts have argued that microwaves "kill" food, breaking down its natural antioxidants. Antioxidants are substances that theoretically protect against cell-damaging free radicals in the body, and they abound in fresh fruits, vegetables , grains and nuts, according to the American Dietetic Association.

To test these concerns, a team of researchers from the Universidad Complutense Madrid in Spain got out their cutting boards. They chopped up a variety of veggies, from artichokes to zucchini, and cooked them with techniques ranging from boiling to frying to microwaving. They measured the amount of antioxidants present before and after cooking.

They found that baking, griddle-cooking and, yes, microwaving produced the lowest losses, while boiling and pressure-cooking were the hardest on antioxidants. Frying was somewhere in between.

The percentage of antioxidants lost with each method depended on the vegetable and the antioxidant tested, but artichokes were particularly durable, keeping most of their radical-scavenging properties regardless of cooking method.

The amount of antioxidants lost in the microwave ranged from none at all to over 50 percent, which was found in the case of nuking cauliflower and measuring an antioxidant that protects against certain fat-soluble radicals.

In a few cases, cooking vegetables in a microwave actually increased the amount of antioxidants: After a round in the microwave, carrots, celery and green beans contained more of an antioxidant that fights a radical known as ABTS.

The real culprit for lost nutrition isn't how you heat veggies, but how much water you use, the researchers found. Boiling and pressure-cooking cause nutrients to leach out of veggies and into the cooking water. When it comes to preparing vegetables, the authors concluded, "water is not the cook's best friend."