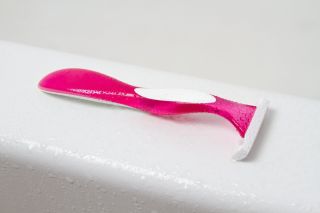 The study shows a link between grooming pubic hair and the increased risk of contracting sexually transmitted infections, but it does not prove that grooming one's pubic hair directly causes a person's risk of such infections to increase, said lead study author Dr. E. Charles Osterberg, an assistant professor of surgery at the University of Texas. [10 Surprising Sex Statistics]

There are two ways to explain the findings, the researchers said. It is possible that people who groom their pubic hair are more susceptible to small tears in the skin, through which bacteria and viruses that cause STIs can easily enter the body.

But it is also possible that people who regularly groom their pubic hair might simply be more sexually active than those who don't groom, and might therefore be exposed to sources of sexually transmitted infections more frequently, the researchers said.

In the study, the researchers asked 7,580 people ages 18 to 65 whether they trimmed or removed their pubic hair, and, if so, how often they did so, and what tools they used. The researchers also asked the participants how many sexual partners they'd had in their lives, and whether they had ever had a sexually transmitted infection.

In the results, 7,470 of the participants reporting having at least one sexual partner, according to the study, published today (Dec. 5) in the journal Sexually Transmitted Infections.

The researchers also found that 13 percent of the participants (943) said they'd had at least one of the following diseases: herpes, human papillomavirus (HPV), syphilis, molluscum, gonorrhea, chlamydia, HIV or pubic lice.

Moreover, the researchers did not ask the participants whether they used condoms during sex, which is an important factor that lowers people's risk of contracting STIs, said Debby Herbenick, an associate professor at Indiana University Bloomington and a research fellow at the Kinsey Institute, who was not involved in the study.

Both Herbenick and the study authors noted that more research is needed to examine the link between pubic hair grooming and people's risk of STIs.