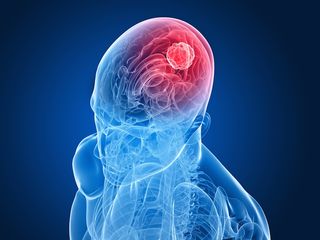 Leukemia is no longer the No. 1 cause of cancer deaths in children, but brain cancer has taken it's place, according to a new report.

All pediatric cancer death rates have been dropping since the mid-1970s, according to the report released today (Sept. 16) from the National Center for Health Statistics. The report details changes in cancer death rates among children and teens ages 1 to 19, from 1999 to 2014.

"The shift from leukemia to brain cancer as the leading site of cancer death is a noteworthy development in the history of childhood cancer as it was always leukemia until quite recently," said lead author Sally Curtin, demographer and statistician at the NCHS, which is part of the Centers for Disease Control and Prevention (CDC), in an email interview with Live Science. [Top 10 Cancer-Fighting Foods]

There were still 1,785 cancer deaths in children and adolescents in 2014, Curtin said. Brain cancer and leukemia accounted for more than half of those.

In 1999, six out of 20 cancer deaths among children were due to leukemia, and about five in 20 were due to brain cancer, according to the numbers in the report. By 2014, those numbers had reversed.

"Major therapeutic advances" in the treatment of cancers, particularly leukemia, has likely resulted in the increases in survivorship, the researchers wrote in their report.

Throughout the study period, the rate of cancer deaths among males outpaced that of females, according to the report.

"The leukemia specialists have done a really great job of stratifying these patients to give them appropriate therapy based on whether they feel their tumors are more aggressive or not," said Dr. Peter Manley, pediatric neuro-oncologist at the Dana-Farber/Boston Children's Cancer and Blood Disorders Center, who was not involved in the new report.

But survival of rates among children with brain tumors has not changed much, Manley said.

Still, the survival rates related to certain subtypes of brain tumors, such as low-grade gliomas, are improving and that current research is very promising, he said. "There's some really interesting information that's coming out," Manley said.

New research on brain cancer is focusing on cancer genomics, and on using molecular analysis and genome sequencing to learn what makes the tumors abnormal and what causes them to grow, he said. Researchers have also been developing drugs that target the molecules involved in cancer growth and spread.

"The information coming from this [research] is so impressive that my feeling is that we will continue to see a decline in deaths," Manley told Live Science.

"Overall, the important thing to take from this [report] is that, across the board, there are significantly [fewer] cancer deaths just in the last 15 years," Manley said. "So the hope is, in the next 15 years, we'll continue to see that decline."