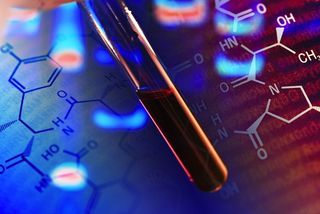 People with chronic fatigue syndrome (CFS) can wait years before being diagnosed with the condition, and there is no single test for it. But a new study may have found a "chemical signature" for the condition — a set of molecules in the blood that's unique to people with CFS.

"The finding of an objective chemical signature in CFS helps to remove diagnostic uncertainty [and] will help clinicians monitor individualized responses to treatment," the researchers wrote in the Aug. 29 issue of the journal Proceedings of the National Academy of Sciences (PNAS). [Top 10 Mysterious Diseases]

Chronic fatigue syndrome is a disorder in which people have extreme fatigue that is not improved by rest, and is not the result of another medical condition. People with CFS can also have other symptoms, including muscle pain, headaches, and sleep and memory problems. It's estimated that 2.5 million Americans have CFS, and the disorder is most common among women in their 30s, 40s and 50s, the researchers said.

In the new study, the researchers analyzed information from 84 people with CFS and 39 people without the condition. They looked at the levels of more than 600 metabolites in the blood. (Metabolites are molecules produced by metabolism.)

Using a set of eight metabolites for men and 13 for women, the researchers made a test for CFS that was accurate more than 90 percent of the time.

Interestingly, the state of lower metabolism seen in the CFS patients is chemically similar to a stage of development seen in some worms and other organisms, the researchers said. During this stage, called the "dauer state," organisms enter a type of stasis, and their metabolism slows down. It's triggered by environmental stress, and is an adaptation that allows them to survive in unfavorable conditions, the researchers said.

Similar to the dauer state, "CFS appears to represent a hypometabolic survival state that is triggered by environmental stress," the researchers wrote. However, it's not clear why this happens.

The researchers noted that nearly all of the patients in the new study were living in California. Larger studies of people living in more geographically diverse areas are needed to confirm the findings, the researchers said.