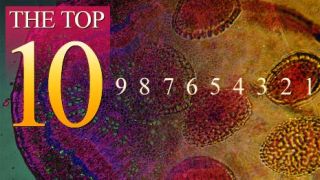 There are many sicknesses doctors can cure with the swish of a pen across prescription pad. But for all we understand now about some illnesses, there are even more that still stump the pros, confound the public and rage on uncontested.

Twenty-five years since it was first identified, there is still no cure for Acquired Immune Deficiency Syndrome. AIDS remains among the world's most potent killers, especially in developing countries. The disease likely started with a chimp to human jump, recent research confirmed.

Not to be confused with the forgetfulness that affects most everyone in their later years, Alzheimer's is a degenerative brain disorder that manifests differently in each of its sufferers. The exact cause isn't understood and it can't be effectively treated.

Even with an estimated one billion cases in the United States every year, doctors still know very little about the nose-running, cough-inducing cold, whose root causes number in the hundreds (some headway is being made). Time and chicken soup, not antibiotics, is often the only prescription that helps.

Humans have no immunity to the powerful flu virus carried by birds, which health official fear could mutate into a strain that can be transmitted between humans. Death rates for human infected are around 50 percent but, so far, humans have been infected mostly by direct handling with infected birds. A recent cluster of cases, however, appeared to involved its spread between people.

People diagnosed with Pica have an insatiable urge to eat non-food substances like dirt, paper, glue and clay. Though it is believed to be linked with mineral deficiency, health experts have found no real cause and no cure for the peculiar disorder.

A catchall term for a host of afflictions including Lupus and MS, autoimmune disorders treat the body's organs and normal functions as enemy invaders. They're usually chronic, always debilitating, and doctors can do little except ease their symptoms.

Experts consider this the most puzzling of mental disorders, one which robs the sufferer of the ability to logically distinguish between reality and fantasy. Symptoms range wildly between patients and include delusions, hallucinations, disorganized speech, lack of motivation or emotion, but the disease has no defining medical tests.

One version of this rare brain disorder is better known "Mad Cow" and can be contracted by eating contaminated beef. "Regular" CJD is also always fatal, quick-acting and is the most common form, but develops in most patients for reasons doctors have yet to figure out and can not prevent.

Chronic fatigue is a classic MUPS (medically unexplained physical symptoms) disease, with a diagnosis based only on the ruling out of other possibilities. More than just feeling a little tired, CFS patients are often bed-ridden for days at a time.

This mysterious illness, which has cropped up again recently, displays almost sci-fi symptoms. Sufferers complain of intensely creepy-crawly skin and odd fibrous strands which protrude from open wounds. Some in the medical community blame the "disease" on psychotic delusion, but others say the symptoms are very real.