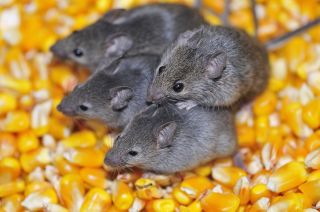 It's a read that's not safe for the squeamish: The Food and Drug Administration (FDA)’s Defect Levels Handbook vividly details the imperfections that the agency allows in the foods we eat.

Altogether, the FDA lists 179 different defects that can pop up in various foods, such as mold and insect body parts. Out of sheer morbid fascination, Live Science totaled up all of the different types of defects listed, to see which ones are the most commonly allowed in our foods, and what types of defects we are perhaps less likely to encounter.

The most common food defect was insect-related, according to our analysis. The handbook lists a total of 71 insect-linked defects, which range from plain old "whole insects" (found in canned and frozen berries and cornmeal) to insect parts (found in ground oregano and chocolate) and insect damage (such as insect-damaged wheat kernels). [Mouse Poop, Rat Hair: Here Are the ꞌDefectsꞌ the FDA Allows in Food]

Insects of various types and life stages are listed as well, including larvae in sweet canned corn and mites in frozen broccoli.

The second most common food defect was mold, which is mentioned 33 times on its own in the handbook. (In some instances, a defect is listed as a combination of insects and mold, or insect damage and mold.)

In most foods, mold only presents an aesthetic problem, which the FDA defines as "offensive to the senses." This is the case for mold that is found, for example, in various tomato products, including sauce, ketchup and tomato juice. However, mold in allspice, ground red pepper, ground paprika, cocoa beans and green coffee beans can be harmful if there's too much of it, because the types of mold that grow in these foods can produce chemicals called mycotoxins that can make a person sick.

Another common, unavoidable defect is "rodent filth," or more specifically, rodent hairs, which received 23 mentions in the handbook. These hairs may pop up in a wide variety of spices, including ground nutmeg, ground marjoram and ground thyme. You may also find several hairs in your peanut butter or popcorn.

Spices were once again a common food in which the FDA allows this defect, however, in 14 out the 15 possible foods where you may find poop, the poop only presents an aesthetic problem. However, animal poop in black and white whole pepper kernels may also contain salmonella, according to the FDA.

Certain types of parasites are permitted in foods such as fish. Fresh-water herring can contain up to 60 parasitic cysts per 100 fish. And red fish and ocean perch can contain copepods. The FDA’s limit in this case is “3 percent of the fillets examined contain 1 or more copepods accompanied by pus pockets.”

And some defects, though not perhaps not particularly "icky," may still give you pause.

Pits, for example, were listed five times in the handbook. And while they don't sound icky compared with insects or poop, people who chomp down on an unexpected date or olive pit injury their mouth or tooth.

The FDA permits up to two pits in 100 pitted dates, and allows up to 1.3 percent of supposedly pitted olives to have pits.