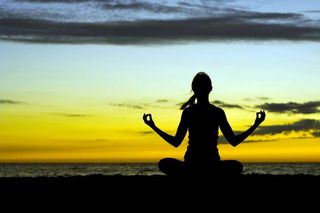 People with chronic low back pain may benefit from meditating, a new study finds. The practice may reduce pain and make it easier for patients to carry out their daily activities, according to the findings..

In the study, a group of people with chronic low back pain participated in an eight-week program called mindfulness-based stress reduction, which involved using meditation to increase their awareness of the present moment, and their acceptance of difficult thoughts and feelings, including their pain.

About six months after the start of the study, the people who participated in the meditation program were more likely to experience at least a 30 percent improvement in their ability to carry out daily activities, compared with the people who received only standard treatments for low back pain, such as medication.

Those in the mindfulness meditation group were also more likely to report meaningful improvements in how much their back pain bothered them, compared with those in the standard treatment group, the study found. The findings remained similar a year after the start of the study.

The study suggests that mindfulness-based stress reduction (MBSR) "may be an effective treatment option for patients with chronic low back pain," the researchers said. [7 Reasons You Should Meditate]

"We are excited about these results, because chronic low back pain is such a common problem and can be disabling and difficult to treat," said study leader Daniel Cherkin, a senior investigator at Group Health Research Institute, a nonprofit health care organization in Seattle.

Along with previous studies, "I believe that there is enough evidence…to say that MBSR is a reasonable treatment option," for patients to start now, Cherkin told Live Science. "It is relatively safe and may improve people's life beyond just back pain," Cherkin said.

However, Cherkin noted that like all treatments for back pain, MBSR may not work for everyone. And more research is needed to see how long the effects last — the researchers were not able to look at the effects of MSRB beyond a year.

Meditation for back pain

The new study involved 342 adults ages 20 to 70 who had low back pain that wasn't attributable to another condition. On average, participants had experienced moderate back pain (rated as 6 out of 10 on a pain scale) for seven years, and said they had pain most days. About three-quarters of participants said they had used pain medication at least once in the past week to treat their back pain.

The participants answered questions about how their back pain limited their everyday activities (such as whether it prevented them from going to work, or standing for long periods of time), and how much their back pain bothered them.

The results "indicate a considerable number of patients experienced clinically important relief of pain and disability," in the MBSR and CBT groups, Dr. Madhav Goyal and Jennifer Haythornthwaite, of Johns Hopkins University School of Medicine, wrote in an editorial accompanying the study.

The editorial noted that the study was not able to determine whether the improvements seen in patients in the MSBR and CBT groups were due to so-called "nonspecific effects," such as participating in a group activity, or paying attention to an instructor. While this may be important to distinguish for academic purposes "for patients, it really may not matter if the intervention helps their condition," Goyal and Haythornthwaite said.

However, it may be difficult for patients to access mind-body therapies such as MBSR because they are often not covered by insurance, and are not available everywhere, Cherkin said.

The new findings "create a compelling argument for ensuring that an evidence-based health care system should provide access to affordable mind-body therapies," Goyal and Haythornthwaite said.

The study and editorial are published in today's (March 22) issue of the Journal of the American Medical Association.