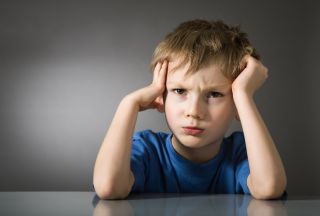 NEW ORLEANS — Children with common neurological conditions, such as headaches, are twice as likely to use complementary and alternative medicine as kids in the general population, a new study finds.

The most common alternative therapies used by kids with frequent headaches, migraines and epilepsy were mind-body techniques, such as meditation and deep breathing, the study found.

It's not clear why children with these conditions seek complementary and alternative medicine (CAM) therapies more often. But neurological conditions may be unique in their ability to respond to mind-body therapies, because both the illness and the therapy involve the central nervous system, said study researcher Lauren Jansons, a medical student at the Mayo Medical School in Rochester, Minn.

However, more work is needed to know whether children with these conditions actually benefit from CAM therapies, Jansons said.

The findings are encouraging because they suggest "these children aren’t being debilitated by their disease…they're finding some active participation in there health," and perhaps even have a sense of empowerment over their condition, Jansons said. Kids with headaches and epilepsy can feel a loss of control because the symptoms are unpredictable, she said.

The study was presented here today (April 25) at the American Academy of Neurology's annual meeting.

Jansons and colleagues analyzed information from a 2007 survey of more than 9,300 children in the United States.

Children with common neurological conditions in their teens were more likely to use CAM therapies, compared with younger children. Older children may be better suited to practice mind-body therapies because they have longer attention spans and a greater sense of responsibility for their condition, Jansons said.

She noted that the use of CAM therapies might also be higher among those with neurological conditions because, by definition, this group consists of sick children, while the general population has a mix of healthy and sick children.

CAM therapies are not necessarily "safer" than conventional medicines, Jansons said. Some herbal supplements and chelation techniques (which attempt to remove metals such as mercury from the body) come with health risks. And if people seek CAM therapies first, they may delay the start of a conventional therapy that is known to be effective (such as antibiotics, if the illness is caused by an infection), Jansons said.

People interested in CAM therapies should speak with their health care provider about how to use the therapies safely. CAM therapies are not necessarily "alternative" medicines, but rather, practices that are integrated into a patients' overall medical care, along with standard treatments, Jansons said.

Pass it on: Kids with common neurological conditions are more likely to seek CAM therapies than those in the general population.