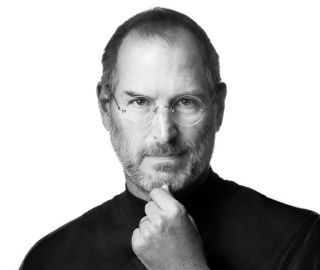 After Steve Jobs was diagnosed with a rare form of pancreatic cancer in 2003, he allegedly delayed surgery to remove the tumor — the recommended treatment — for nine months.

During that interim period, he attempted to treat his cancer with alternative medicine, including a special diet, according to news reports.

Could such a delay in treatment have worsened Jobs' prognosis, and ultimately hastened his death?

The claim that Jobs decided to forgo mainstream medical treatment after his diagnosis remains unconfirmed. And the experts we spoke with could not comment on his case directly.

However, Jobs was reported to have a form of pancreatic cancer called a neuroendocrine tumor. This type is less lethal than the most common form of pancreatic cancer, an adenocarcinoma. Neuroendocrine tumors grow more slowly than adenocarcinomas. That means patients don't necessarily have to rush to treatment, said Julie Fleshman, president and chief executive officer of the Pancreatic Cancer Action Network, a Manhattan Beach, Calif., organization that advocates for pancreatic cancer research and patient and family support.

If surgery is an option for an adenocarcinoma, the patient is "usually in the surgical room the next day." However, for a neuroendocrine tumor, "the length of time before you have to make decision about your treatment is not as quick as someone whose been diagnosed with an adenocarcinoma," Fleshman said.

"It could be normal that someone would wait some time before they might have surgery," Fleshman said.

So Jobs' alleged decision to delay his treatment may not have been as ill-advised as some have claimed.

"I don't think waiting nine months for surgery was a bad decision," Dr. Maged Rizk, a gastroenterologist at Cleveland Clinic, told WebMD in an interview last week. "Especially if it is limited disease, especially if it is an islet-cell tumor and the cells are [typical of early cancer], and as long as you don’t have symptoms, you can sit on it a bit," Rizk said. (Neuroendocrine tumors are also known as islet-cell tumors.)

But what about Jobs' use of alternative medicine? Could that have had an impact on his cancer?

Some experts say that, if anything, use of alternative medicine approaches may have helped Jobs' overall health. Jobs lived 8 years after his diagnosis.

The average life expectancy for someone with a metastatic neuroendocrine tumor is about two years, according to PCAN. (It remains unclear whether Jobs' cancer was metastatic when he was diagnosed.)

"I believe that he must have really refocused his heath practices," through changes in diet and exercise, said Dr. Ashwin Mehta, an assistant professor and medical director of integrative medicine at the University of Miami's Sylvester Cancer Center. "To do as well as he did, he must have done a lot of things right," Mehta said.

Therapies such as mediation, acupuncture and exercise may be used in conjunction with standard cancer treatments in order improve health and reduce the side effects treatments, which can include fatigue, chronic pain and problems with sleep, Mehta said. Mehta said he prefers to think of these practices as "integrative" rather than "alternative," because they are always combined with standard treatments. Integrative medicine is intended to improve the patient's overall health,, Mehta said.

However, Mehta would never recommend treating cancer using only alternative medicine. "I would never say to one of my patients, you don’t need to continue with your radiation treatment or your chemotherapy, all you need to do is meditate and adopt healthy sleep habits, and start an exercise routine, and then you can cure yourself," Mehta said. "The reality is that that’s not the case," he said.

But used the right way, integrative medicine may provide a meaningful impact on the health of a patient with cancer. "The bottom line is that, the mind is such a powerful thing that it's unreasonable not to use it as an ally in the course of standardized medical treatment," Mehta said.

Pass it on: Alternative medicine therapies may improve health for those with cancer, but they should always be used in conjunction with standard medical care.