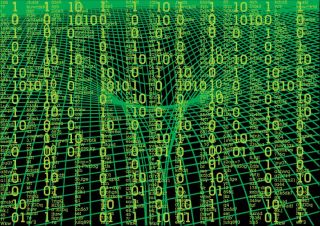 The pioneers of the most widely-used encryption scheme on the Internet were honored yesterday with the most prestigious award in computer science.

Whitfield Diffie, the former chief security officer at Sun Microsystems, and Martin E. Hellman, a professor emeritus at Stanford University in California, on Tuesday (March 1) received the $1 million cash prize that goes with the A.M. Turing Award, which is bestowed by the Association for Computing Machinery.

The award, named after the brilliant British computer scientist Alan Turing, who used cryptography to crack the German Enigma ciphers during World War II, is often called the Nobel Prize of computing.

"Today, the subject of encryption dominates the media, is viewed as a matter of national security, impacts government-private sector relations, and attracts billions of dollars in research and development," Alexander Wolf, the Association for Computing Machinery president, said in a statement. "In 1976, Diffie and Hellman imagined a future where people would regularly communicate through electronic networks and be vulnerable to having their communications stolen or altered. Now, after nearly 40 years, we see that their forecasts were remarkably prescient." [6 Incredible Spy Technologies That Are Real]

Cryptography allows two parties to communicate privately, knowing that any third party who tried to "eavesdrop" would be detected. For nearly as long as people have been sending secret messages, spies and military leaders have devised means to scramble those messages. For instance, the ancient Spartans used a baton wrapped with strips of paper, called a scytale, to encode secret military messages passed between commanders. Only those who had the right size baton could decode the messages.

The simplest types of cryptography typically involve substituting one letter for another, but by the turn of the 20th century, radios, along with new applications that involved sophisticated machining and electricity, enabled people to dream up ever-more complex cryptography systems. Enciphering machines became central to the war effort by World War II.

Whether it's a baton of the same size or a secret decoder ring, the parties who are trying to communicate both need a "key" to send and decipher a scrambled message. However, there are problems with using identical keys on both ends, a system called symmetric encryption. For instance, if people get too reliant on one key, that may provide enough of the encrypted text for an opponent to crack the code. However, having many separate keys for different lines of communication can be a headache to manage.

But in their 1976 paper, titled "New Directions in Cryptography," Diffie and Hellman developed the conceptual framework for an asymmetric encryption scheme. In their system, a public, freely available key is used to encrypt messages, while a private key is used to decode messages. The private key is derived from the public key, yet to deduce one from the other is simply computationally unrealistic.

This public-private key system is the heart of the secure Web: Any website with a URL that starts with "https://" is relying on this method, called the Secure Transport Layer. The method is now used by billions of people every year for wide-ranging applications such as e-commerce, email servers and cloud computing systems.

"Public-key cryptography is fundamental for our industry," Andrei Broder, a distinguished scientist at Google, said in the statement. "The ability to protect private data rests on protocols for confirming an owner's identity and for ensuring the integrity and confidentiality of communications. These widely used protocols were made possible through the ideas and methods pioneered by Diffie and Hellman."