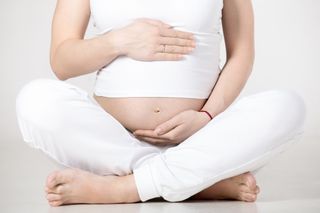 For pregnant women, eating fish every week may benefit the brain of their future child, and may even decrease his or her risk of having some of the early signs of autism, according to a new study.

In the study, researchers in Spain followed about 2,000 mothers and their children, beginning in the mothers' first trimester of pregnancy, and continuing until the children turned 5. The results showed that the children whose mothers ate three to four servings of fish a week had IQ scores that were 2.8 percent higher than those whose mothers ate less fish.

What makes the findings particularly surprising is that certain fish, such as tuna or tilefish — which pregnant women have been discouraged from eating because of their higher levels of mercury — were linked to some of the biggest developmental benefits, said Jordi Julvez, the lead author of the study and a researcher at the Center for Research in Environmental Epidemiology in Barcelona.

The study was observational, so it does not prove a cause-and-effect relationship between fish and higher IQ scores. However, the findings suggest that high levels of a compound called docosahexaenoic acid (DHA) may outweigh any negative effects of mercury, the researchers said.

Fish such as tuna that may have mercury also hold higher levels of DHA, an omega-3 fatty acid that plays a critical role in brain growth and development, Julvez said.

"Maybe this effect is masking the negative effects that come from mercury," Julvez told Live Science. Or, "maybe this is more beneficial than the toxic effect of the mercury itself." [6 Foods That Are Good For Your Brain]

The current recommendations from the U.S. Food and Drug Administration suggest that pregnant women eat two to three servings of fish per week, and that they choose types of fish that are lower in mercury, such as salmon.

In the study, the researchers took blood from the babies' umbilical cords after they were born, and measured the levels of both mercury and DHA in their blood. Later, when the children were 14 months old, and again when they were 5, the researchers tested the children to assess their cognitive development and to look for signs of autism spectrum disorder (ASD).

"A consistent reduction in autism-spectrum traits was also observed" in the children whose mothers ate increasing levels of fish, the researchers wrote in their study.

Concerns about eating fish during pregnancy arose when some previous findings suggested that prenatal exposure to mercury found in fish may increase the risk of developmental health problems. For example, a study by researchers at the Harvard T.H. Chan School of Public Health found that increased consumption of fish containing methyl mercury may be linked with a risk of heart damage and irreversible impairment in brain function in children.

In that study, published in 2004 in the Journal of Pediatrics, researchers examined more than 800 children in 1986 and 1987 in Denmark's Faroe Islands, where seafood is a large part of people's diet. They sampled the children's umbilical cord blood at birth and took hair samples to look for mercury exposure when the children were ages 7 and 14.

They found that at age 7, children's development tracked with their level of mercury exposure. For example, those exposed to mercury at double the limit set for the U.S. by the Environmental Protection Agency (EPA) were behind by 1.5 to 2 months. These developmental issues did not seem to improve with age.

Although more study of the link between fish consumption and brain development is needed, the new results are in line with many earlier studies that have linked eating fish during pregnancy with better outcomes in children, said Edwin VanWijngaarden, chief of epidemiology at the University of Rochester Medical Center, who was not involved in the new study.

VanWijngaarden conducted another major study on children's fish consumptionthatlooked at people who live in the Seychelles (islands in the Indian Ocean), who tend to consume at least eight meals containing fish per week. VanWijngaarden said he found in 2013 that the omega-3 fatty acids in fish were beneficial to children's language development.

"Because of this [study], the FDA and EPA in their 2014 draft advice emphasized the benefits of fish consumption among pregnant women and advised a minimum intake while taking care not to consume larger fish that is known to have greater mercury content," VanWijngaardensaid.

The researchers will continue to follow the children in the new study until age 9, Julvez said.

The study was published online Jan. 5 in The American Journal of Epidemiology.