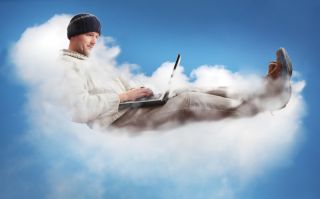 Every person emits a unique blend of microbes into the air, and this "microbial cloud" is personalized enough that it could be used to identify people, a new study finds.

The results "demonstrate for the first time that individuals release their own personalized microbial cloud," James Meadow, the lead author of the study, said in a statement.

Trillions of bacteria live on and in the human body. Together, these bacteria make up what researchers call the human microbiome.

Previous studies have found that at least three sources contribute to the airborne cloud of bacteria surrounding us: dust, emissions from clothing and emissions from the person, the researchers wrote in their study, published today (Sept. 22) in the journal PeerJ. [Body Bugs: 5 Surprising Facts About Your Microbiome]

In the new study, researchers asked participants to sit alone in a sanitized chamber filled with filtered air. To reduce the number of particles coming from clothing, each participant was given an identical new, clean outfit. Each participant sat in a plastic rolling chair that had been disinfected, and was given a sterilized laptop to use to communicate with the scientists outside the chamber (they were also allowed to use the laptop for entertainment purposes), according to the researchers.

Any particles that came off the participants were filtered out of the chamber, collected and genetically sequenced. The researchers used the sequences to identify the bacteria.

After 2 hours, the researchers found they were able to determine whether a person was present in the chamber based on looking only at the bacteria from the air samples.

But the researchers noticed that the combinations of bacteria surrounding each person could be easily distinguished from one another, so they set up a second experiment to see how well they could identify individuals using their unique bacterial cloud.

In the second experiment, eight new people were asked to sit in the chamber for two 90-minute periods.

"We expected that we would be able to detect the human microbiome in the air around a person, but we were surprised to find that we could identify most of the occupants just by sampling their microbial cloud," said Meadow, who was a postdoctoral researcher at the University of Oregon at the time of the study.

The researchers found that the main types of bacteria in people's "clouds" were human-associated bacteria, including Streptococcus, which is commonly found in the mouth; and Propionibacterium and Corynebacterium, which are commonly found on the skin. For female participants, the researchers also noted the presence of common vaginal bacteria.

Although the results of the study suggest that the findings could be used in forensics, the researchers cautioned that further research is required because the patterns they found "are likely to be more nuanced in a crowd of occupants, in a larger indoor space or in the presence of resuspended dust," the researchers wrote.

And that doesn't even factor in all the microbes left behind by our nonhuman companions.