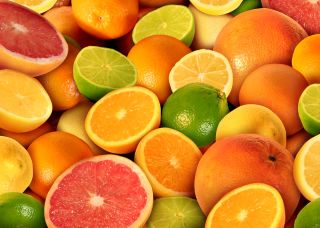 Vitamin C, also called ascorbic acid, is important to many functions in the body. For example, it is needed to grow and repair tissues throughout the body. Vitamin C is a popular remedy for the common cold, but research is mixed on whether it helps or prevents the sniffles.

The body uses vitamin C in many different ways. Vitamin C is needed by the body to form collagen.  According to the NIH, the body also uses vitamin C to make skin, tendons, ligaments and blood vessels. It also uses this vitamin to repair and maintain cartilage, bones and teeth, to heal wounds and to form scar tissue.

Vitamin C may also prevent cancer by blocking the damage made by free radicals. “Vitamin C is a vital antioxidant that helps protect cells from damage caused by free radicals that we are exposed to in the environment such as air pollution, cigarette smoke and ultraviolet light from the sun,” said Dr. Sherry Ross, OB/GYN and Women’s Health Expert at Providence Saint John’s Health Center in Santa Monica, California.

Many people tout vitamin C as a cure-all for a wide range of diseases. Many of these have not been proven. “Health benefits of vitamin C that have been proposed but not scientifically proven include a lower risk of certain cancers, cardiovascular disease, diabetes, age-related macular degeneration and cataracts,” said Ross.

A study by the National Eye Institute, however, did find that an intake of 500 mg per day of vitamin C, along with beta-carotene, vitamin E and zinc supplements, slowed the progression of advanced age-related macular degeneration by about 25 percent. It also helped slow visual acuity loss by 19 percent for those who are already at high risk of developing the disease. The vitamins did not have significant effect on the development or progression of cataracts, though.

Vitamin C is often taken to prevent or cure the common cold. Research shows that most people taking high doses of Vitamin C still get the common cold just as often as those who don’t take high doses. It may shorten the amount of time a person is sick, though, and may also lessen the symptoms. [Related: Does Vitamin C Really Help Colds?]

Vitamin C deficiency is fairly common. Smoking cigarettes can lower the amount of vitamin C in the body, so smokers are more prone to a deficiency, according to the University of Maryland Medical Center. Often, doctors will suggest a vitamin C supplement to smokers to prevent or cure a deficiency.

Not getting enough of this vitamin can cause easy bruising, gingivitis and bleeding gums, dry and splitting hair, rough, dry, scaly skin, a decreased wound-healing rate, nosebleeds and a decreased ability to ward off infection, according to the University of Maryland Medical Center.

An extreme lack of vitamin C for long periods of time can cause scurvy. Symptoms of scurvy are skin that bruises easily, bleeding gums, joint pain and poor wound healing.

“An estimated 40 percent of men and 38 percent of women are getting insufficient amounts of vitamin C. If you’re not eating your fruits and veggies, it’s a good idea to supplement,” said Dr. Brian Dixon, an expert in molecular and cellular biology and executive director of Health and Science Education at USANA Health Sciences.

The recommended daily allowance (RDA) for vitamin C varies, depending on age, gender and other factors. Typically, the RDA is 75mg for women and 90mg for men, according to Oregon State University. Pregnant and nursing women should take 80mg to 120 mg, depending on age.

Most of the population can take substantially more than the RDA without any side effects since vitamin C is water soluble. This means that it is not stored by the body. It is filtered out and leaves the body in urine, according to the NIH. “However, some people taking more than 2,000 mg could experience some gastrointestinal upset. And those who are prone to form kidney stones should get clearance from their doctor before taking high doses of Vitamin C,” said Dixon.

Dr. Kristine Arthur, internist at Orange Coast Memorial Medical Center in Fountain Valley, California told Live Science, “You can take too much. (It) may lead to kidney stones, irregular heart beat and diarrhea.”