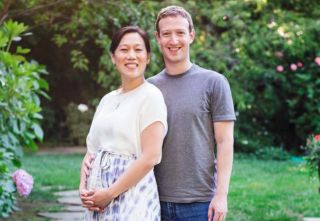 When Facebook founder Mark Zuckerberg shared on his social-networking site that he and his wife, Priscilla Chan, are expecting a baby girl, the father-to-be also revealed some more sobering news: The couple had three miscarriages during the several years they tried to conceive.

"It's a lonely experience," Zuckerberg wrote. "Most people don't discuss miscarriages because you worry your problems will distance you or reflect upon you — as if you're defective or did something to cause this."

Recent research shows that Zuckerberg isn't the only person who has worried about feeling blamed for a miscarriage. In fact, many people harbor misconceptions about miscarriage, including that most are caused by lifestyle choices.

In reality, the majority of miscarriages are the result of random genetic errors that make normal fetal development impossible, said Dr. Zev Williams, an expert on miscarriage and an obstetrician at the Albert Einstein College of Medicine in New York.

The good news is that the majority of women who experience a miscarriage will go on to give birth successfully.

It's an oft-cited statistic that about 1 out of 5 pregnancies end in miscarriage, typically early in the first trimester. But the true number may be as high as 50 percent, Williams said. Studies based on testing women about three days before their periods with a sensitive blood test have revealed that about half of fertilized eggs don't turn into a viable pregnancy. In many cases, women never knew they were pregnant.

The 20 percent miscarriage estimate is based on pregnancies in women who were aware of being pregnant, typically after a positive pregnancy test and even an ultrasound.

Most women who experience miscarriages lose one or two pregnancies. About 60 percent of the time, the reason for the miscarriage is aneuploidy, which means that the embryo or fetus had an abnormal number of chromosomes.

In about half of cases, genetic testing of the remains of a miscarriage reveals no chromosomal abnormality — often leaving parents frustrated, because no cause for the miscarriage can be identified. But these cases are usually genetic too, Williams said. [7 Diseases You Can Learn About With a Genetic Test]

In some cases, doctors can use a scope to examine the fetus while it is still in the uterus of a miscarrying woman, Williams said. About 10 percent to 15 percent of the time, the fetus will show abnormal development even though the chromosome number is normal.

These genetic errors do increase with age, so that up to 80 percent of miscarriages in women over 35 are caused by them, said Dr. Ruth Lathi, a professor of obstetrics and gynecology at the Stanford University School of Medicine.

"But most likely, those [miscarriages] are not going to keep happening," Lathi said.

About 5 percent of women have what are called recurrent miscarriages, defined as three or more losses. In many of these cases, Lathi said, there is an underlying medical cause.

There might be a structural problem in the uterus, such as an abnormal wall, or septum, dividing the space, or noncancerous growths called fibroids. Thyroid problems, hormonal imbalances and clotting disorders are other possibilities.

"Once you get past that big bucket of embryonic chromosome causes, all of these other things are rare causes," Lathi told Live Science. "But they do add up."

The good news is that many of these causes of recurrent miscarriages are treatable, and pregnancy is usually possible. A woman who is 35 years old and who has had three miscarriages in a row still has a 70 percent chance of giving birth, Lathi said.

"There's a lot of reason to be hopeful in these situations." [5 Myths About Fertility Treatments]

Despite the fact that most miscarriages happen for reasons that are out of the mother's control, many people still believe common myths about pregnancy loss. Williams and his colleagues reported in May in the journal Obstetrics & Gynecology that 22 percent of Americans surveyed believe that lifestyle choices are the leading cause of miscarriage. In fact, although certain extreme behaviors (cocaine use, tobacco use) can raise the risk of miscarriage, these lifestyle factors aren't remotely close to the main reason women lose pregnancies, Williams said.

Many people also believed myths that have no basis in fact whatsoever, such as the 64 percent of people who said that lifting a heavy object can cause a woman to miscarry. Nearly three-quarters (74 percent) said long-standing stress can cause miscarriage. In fact, Williams said, the level of stress needed to budge the miscarriage rate even slightly is far beyond what most Americans experience. A 2013 study on Israeli women living in towns under threat of rocket bombings found that the constant danger of sudden death was linked with a miscarriage rate of 6.9 percent, compared with 4.7 percent in towns not under frequent bomb attack. That number was statistically significant, but still a tiny increase, Williams said.

"It's barely a perceptual difference between those, and that's as extreme a threat you can experience," he said. "The stress most of us experience, that's not the cause of miscarriage."

However, Williams said, more research is needed to tease out the cause of miscarriage — and to understand the complex dance of factors needed to make a pregnancy viable. He and his team, for example, have recently been studying molecules called piRNA (or piwi-interacting RNA) in egg cells. Once, these molecules were thought to be only in male germ cells — the cells that give rise to sperm. As a postdoctoral researcher at Rockefeller University in 2011, Williams, along with his colleagues, found them in female germ cells, too.

"We know there are millions of them in every egg, but we don't know why they're there," Williams said.

This discovery may or may not have anything to do with miscarriage, but it does highlight how little is known about the processes that have to go right to make pregnancy work.

"It's really incredible that pregnancies succeed," Williams said. "The more carefully you study it, the more amazing it is."