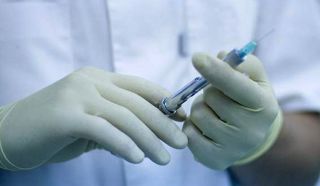 Next season's flu shot will contain two new flu strains that weren't present in last season's shot, according to the Centers for Disease Control and Prevention.

Health officials are making the change in the hope that next season's flu shot — which will be released in the autumn — will be a better match to the strains that are actually circulating, and will do a better job of preventing flu cases.

Last season's flu shot was not very effective at preventing the flu: People who got the shot were just 19 percent less likely to visit the doctor for flu than people who did not get the shot, according to a new CDC report. That level of protection is quite a bit lower than for previous seasons — for example, during the 2012 to 2013 flu season, getting the flu shot reduced people's risk of needing a doctor's visit for flu by 56 percent.

The poor protection offered by last season's flu shot was likely the result of a mismatch between the flu strains included in that vaccine and the strains that were circulating in the public.

Most of the flu viruses circulating last fall and winter belonged to a strain known as H3N2. But about 80 percent of the H3N2 viruses in circulation were different from the H3N2 strain included in the 2014 to 2015 flu shot, the CDC report stated. Such mismatch can happen because the virus's genetic material changes slightly, or "drifts," over time.

The trivalent flu vaccine protects against two influenza A strains, H1N1 and H3N2, and one influenza B strain. For the 2015 to 2016 flu season, the H1N1 strain and the influenza B strain will remain the same as last season's, but health officials are putting in a different H3N2 strain, called A/Switzerland/9715293/2013 (H3N2)-like virus, the CDC said.

The number of flu cases typically drops in the summer, but doctors should still be on the lookout for flu, and consider it as a possible cause of summer respiratory illness, the CDC said.