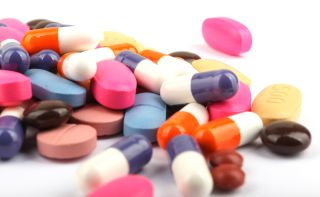 Exactly how opioid drugs should best be used to treat patients who are in pain remains unclear. In fact, the scientific evidence on the topic is so scarce that doctors have little choice but to rely on their own experiences in treating patients to make decisions, a new report concludes.

The increasing use of opioids to treat people with chronic pain has created serious concerns about misuse and addiction in the medical community. Now, a panel convened by the National Institutes of Health has taken a deep look at the data, finding that in the absence of solid evidence on the effectiveness of opioids, many doctors prescribe doses of the painkillers that are too high. This happens in cases in which smaller amounts would be effective. On the other hand, some doctors avoid prescribing opioids altogether, out of fear of sending patients down a path to addiction.

"The overriding question is whether we, as a nation, are currently approaching chronic pain in the best possible manner that maximizes effectiveness and minimizes harm," the seven-person panel, including experts in psychiatry, internal medicine and other disciplines, wrote in their report published Jan. 13 in the journal Annals of Internal Medicine. [5 Surprising Facts About Pain]

The panel recommended that more research should be done to identify which patients, what types of pain and which specific diseases are most likely to benefit from opioids. That research should also identify which groups of patients may have a higher risk of suffering harms such as side effects or addiction if they use this class of painkillers, the panel said.

An estimated 100 million Americans suffer from chronic pain, and for about 25 million of them, the pain is severe enough to limit daily activities and diminish quality of life, according to the report.

Up to 70 percent of patients with chronic pain do not receive proper medical treatment, according to the report. It is likely that some patients benefit from opioids, but others respond better to other treatments, and the challenge is to select the right treatment for each individual patient.

"We've got this overarching term of 'chronic pain,' but the experience of that is very different" for different people, said Dr. Anika Alvanzo, an addiction expert at Johns Hopkins University School of Medicine, who co-authored the report. Researchers need to do a better job of teasing apart the data and identifying exactly which patients and which diseases will respond to different treatments, Alvanzo said during a news conference on Friday (Jan. 16).

People with chronic pain could be suffering from different types of pain, which could influence how doctors should treat the patients, according to the report. For example, people experiencing pain due to tissue damage or inflammation, caused by an injury, rheumatoid arthritis or cancer, may respond better to opioid painkillers. Meanwhile, people with pain due to damaged nerves or a disturbance in the way the brain processes pain might respond better to certain antidepressant medications and anticonvulsants than to opioids.

The report also noted that people's experience of pain might vary depending on not only the actual reason for the pain, but also their genetics, as well as cultural and social factors.

Until additional research is done to shed more light on pain and its contributing factors, doctors and health practitioners should rely on guidelines issued by medical societies, the panel said.