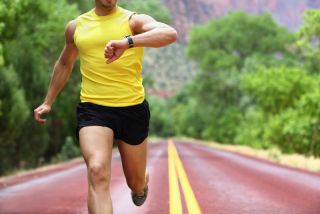 The technology in fitness trackers is changing the way researchers study exercise, allowing them to gather much more detailed information about how people move throughout the day, experts say.

The change is being driven, in part, by advances in accelerometers, the sensors often found in fitness trackers that detect motion, and the speed and direction of that motion. Wearing an accelerometer-containing device on the waist or the wrist can capture a person's movement throughout an entire day.

The wealth of information detected by today's accelerometers provides researchers the opportunity to study not only exercise, but also sitting, standing and walking, and eventually get a better idea of how these activities affect health, experts say.

In the past, researchers relied on questionnaires to find out what activities people engaged in during the day. But such surveys captured only a slice of people's time, because they asked about specific activities, such as whether a person went on a brisk walk or biked to work, said Richard Troiano, an epidemiologist at the National Cancer Institute's Applied Research Program. [10 Fitness Apps: Which Is Best for Your Personality?]

"With the kind of devices we're using now … you're capturing all of their physical activity — all their movement profiles, from all different contexts," Troiano said.

Accelerometer data will be particularly useful for studying light activity — like ambling around the office — which is hard to quantify and which people may not always remember doing, Troiano said.

Eventually, studies that use accelerometers will help researchers answer questions like, "How much sitting is too much?" and could lead to updates of national activity guidelines, said William Haskell, a researcher at the Stanford University School of Medicine, who is conducting physical-activity research with accelerometers.

Researchers have been using accelerometers to study physical activity as far back as the 1980s, but the amount of information they collected was limited. For example, the accelerometers that were used in national studies conducted between 2003 and 2006 could collect data only once per minute, in one direction, Troiano said.

With this type of fine-grained data, "you can begin to use accelerometers to detect much more accurately the types of activity that people are doing, and the intensities they're doing," Haskell said.

And whereas older accelerometers had to be worn clipped onto a waistband, during waking hours, today's accelerometers can be worn around-the-clock in a wristband, Troiano said. Switching the location of an accelerometer from the waist to the wrist also boosted the number of hours that people in studies remembered to wear the devices, Troiano said.

Researchers are still trying to figure out the best way to analyze the data collected from wrist-worn accelerometers, but they hope to be able to accurately distinguish among many different types of activity, including sitting, standing, walking, cycling and riding in a vehicle, Troiano said.

If researchers agree on the best approach for analyzing accelerometer data, such a method could cross over to the apps used with commercial fitness trackers, Troiano said.

But the guidelines don't say much about light-intensity activity, such as how much time you should spend sitting versus standing. "All we kind of say is, 'Sit less, and be active more,'" said Haskell, who was chairman of an expert panel that advised on the development of the current U.S. guidelines. That's because researchers don't have scientific data to back up any recommendations on light activity, he said.

However, that could change as researchers gather more information from studies in which people wear accelerometers, and are followed over time to see the health outcomes.

"This technology provides the potential to develop much more prescriptive guidelines" about light activity, and sedentary activity, Haskell said. Eventually, recommendations could suggest the optimal way for a person to spend his or her full day, Haskell said.

Some fitness trackers already make recommendations to users regarding light activity — such as get up every hour at work — but these suggestions are not based on long-term studies of people wearing accelerometers.

A recommendation like getting up every hour is "what we think we would be telling people, but we don't have the data to justify guidelines," Haskell said. "We need more data on those issues."