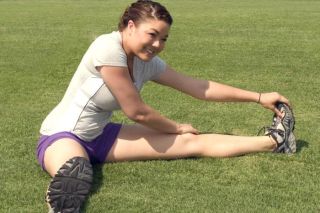 "Shin splints" is a general term that many people use to describe pain along the front portion of their legs. Shin splints are one of the most common exercise injuries and are especially common among runners, gymnasts, dancers and military recruits, according to The National Institutes of Health.

If shin splints are left untreated, they can lead to stress fractures, or small cracks in the bone.

The medical term for shin splints is medial tibial stress syndrome. Shin splints are caused when the shinbone, or tibia, and the tissue around it, such as muscles and tendons, are overworked and the lining of the bone becomes inflamed, according to the American Academy of Orthopaedic Surgeons (AAOS).

The condition often happens when people start a new activity, such as running. Among runners, shin splints account for 6 percent to 16 percent of injuries, according to a review published by the Centers for Disease Control.

It can also happen when athletes increase the intensity of their exercise too quickly, before the body has a chance to adapt. Running on hills and partaking in activities that require frequent stops and starts — such as dancing and military marching — also exacerbate the possibility of shin splints, according to the NIH.

Furthermore, the risk of experiencing shin splints increases if the person has flat feet or very rigid foot arches, exercises on hard surfaces or wears incorrect or worn-out footwear.

Shin splints can often be treated with rest. The NIH recommends taking two to four weeks off from doing the exercise that triggered the shin splints. In the meantime, however, people can try a low-impact form of exercise such as swimming or biking, as long as it doesn’t cause pain.

Using ice and compressing the area can help relieve the pain. Stretching the lower leg muscles may make the shins feel better. People with shin splint pain can also take anti-inflammatory medication such as ibuprofen (Advil, Motrin IB, others), naproxen sodium (Aleve) or acetaminophen (Tylenol, others) to reduce pain, according to the Mayo Clinic.

If self-care measures don’t ease the pain, a doctor should be consulted.

You should make a gradual return to usual activity, after you've been pain-free for two weeks, according to the AAOS. The NIH, however, reports that shin splints can take three to six months to heal completely.

People who repeatedly get shin splints may benefit from orthotics — such as insoles, foot pads or heel inserts — that help align and stabilize their foot and ankle.

To avoid getting shin splints, people starting a new activity should progress gradually, should not intensify their exercise too quickly and should thoroughly warm up before doing any sports, according to the AAOS.

Wearing proper footwear that can provide enough support to the feet is important, especially for people with flat feet. Shoes should be replaced every 350 to 500 miles, according to the Mayo Clinic.

Mayo also recommends that you cross-train in sports such as swimming or cycling, which have lower impact on the shins, to balance out your workout. Add strength training to workouts to develop the muscles that can prevent shin splints.