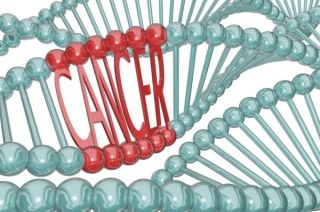 Women with mutations in the BRCA1 gene are at high risk for breast and ovarian cancer, and there are currently no drugs proven to reduce their cancer risk.

Now, early research suggests that existing drugs, already approved to treat other conditions, may help prevent breast cancer in these women, although more research is needed to prove this.

One drug, called benserazide, is currently used for Parkinson's disease, and in studies it reduced the formation of breast tumors in mice that had been implanted with cancer cells containing the BRCA1 gene mutation. All of the mice that did not receive the drug developed breast tumors, but 40 percent of mice given the drug were tumor-free, said study researcher Elizabeth Alli, of Stanford University School of Medicine. [7 Diseases You Can Learn About From a Genetic Test]

Some studies show that women with mutations in the BRCA1 gene have a 50 to 70 percent chance of getting breast cancer by age 70, compared with a 12 percent lifetime risk for the average American woman. Last year, actress Angelina Jolie announced she had undergone a double mastectomy to prevent breast cancer because she has a BRCA1 gene mutation.

Two drugs, tamoxifen and raloxifene, are already approved to prevent breast cancer, but there's little information about how well they work for women with BRCA1 gene mutations. Both drugs work by blocking the action of estrogen on breast cells; the hormone can fuel the growth of certain types of breast cancer.

"The data out there for the efficacy of these drugs [among carries of BRCA1 mutations] is controversial, and inconsistent," Alli said. "So really it'd be ideal to identify new drugs that are more effective for this population."

The BRCA1 gene is involved in repairing damaged DNA — a critical function, because damage to DNA can lead to cancer. Mutations in the BRCA1 gene increase the risk of cancer because they impair this repair process.

Benserazide, and possibly other drugs, may work to prevent breast cancer from BRCA1 mutations by restoring cells' ability to perform one type of DNA repair, the researchers said.

Alli noted that tamoxifen also increases the risk of endometrial cancer (cancer of the uterus lining), and for some women, this risk may outweigh the drug's benefits.

The next step in the research is to see whether benserazide, or other drugs that work similarly, prevents breast cancer in mice that have been genetically engineered to have BRCA1 gene mutations.

The drug will also need to be tested in a clinical trial before researchers know whether it works in people. It's not clear how soon a trial could start after the work in mice, but it could be relatively quick because the drug is already being used in people, Alli said.

However, even after a trial begins, it can take many years to enroll enough people to complete a study, she said.

The study was presented this month at the American Association for Cancer Research meeting in San Diego.