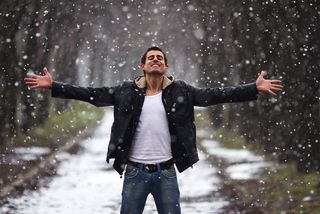 What do low temperatures and chili peppers have in common? They both could help burn fat, a new study shows.

Exposure to cold and consumption of chemicals found in chili peppers both appear to increase the number and activity of so-called brown fat cells, which burn energy, rather than store it as typical "white" fat cells do, said Takeshi Yoneshiro, a researcher at Hokkaido University Graduate School of Medicine in Japan.

The study is the first to show that brown fat activity can be induced in people who appeared to have very few or no brown fat cells, said Dr. Clifford Rosen, a professor of medicine at Tufts University who wasn't involved in the study.

Participants in the study who were exposed to cold also had less "bad" white fat at the end of the experiments, Rosen told LiveScience.

Brown fat cells are currently a subject of intense research as a target for anti-obesity drugs, said Dr. Soren Snitker, a medical researcher at the University of Maryland School of Medicine who wasn't involved in the study. [9 Myths That Can Make You Fat]

In the new study, researchers exposed eight people with little or no brown fat cells to moderately low temperatures of 63 degrees Fahrenheit (17 degrees Celsius) for two hours daily, over the course of six weeks. Compared with the control subjects, who went about their normal lives, the cold-exposed people had about 5 percent less body fat at the end of the study, and also burned more energy when exposed to cold, according to the study, which was published in August in the Journal of Clinical Investigation.

Yoneshiro said the experiment might not have continued for long enough to see white-fat-burning effects of the compounds. A previous study that lasted 12 weeks found the capsinoid ingestion led to significant body fat decreases in mildly obese people.

The new results help explain the results from a recent study co-authored by Snitker, which found that people who ate capsinoids had increased levels of fat breakdown, and smaller waists after a six-week period, compared with people who took placebos.

The brown and the beige

It was once thought that brown fat, also known as brown adipose tissue (BAT), was present only in babies. But three research groups independently discovered in 2009 that brown fat exists in adults, concentrated in the upper chest and neck of some adults, Rosen said. It appears reddish-brown because it contains many mitochondria, cellular factories that release energy, Rosen said.

In 2012, scientists found yet another type of BAT called "beige fat," which is a subset of brown fat but is formed from white fat cells. Rosen said that the "brown fat" cells induced by cold and capsinoids are indeed likely beige fat, because they don't show up on scans used to detect concentrated regions of brown fat cells.

"The most interesting thing about this study from a treatment point of view is the capsinoids," said Jan Nedergaard, a physiologist at Stockholm University in Sweden who wasn't involved in the study. Reduction of fat from cold exposure was expected, he said, but "as everybody realizes, that's a difficult thing to put into practice."

The study is exciting because it suggests chemicals that induce brown fat could be used to fight obesity, although they'd probably work better at keeping healthy people from becoming fat, rather than making obese people skinny, Nedergaard said. "Everybody would like to take a fat person and make him slim, but that demands a high-burning capacity that BAT probably doesn't have."

Capsinoids appear to induce brown fat in the same way as cold, by "capturing" the same cellular system that the body's nervous system uses to increase heat production, Yoneshiro said. Drug developers want to use similar drugs to activate this system, but capsinoids themselves probably won't be used because they already exist in nature and thus cannot be patented, a major way that pharmaceutical companies make money, Nedergaard said.