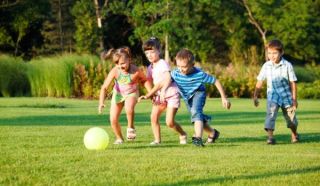 Children in the study with the highest body mass indices (BMIs) had the least amount of active brown fat, the study said. "Increasing the amount of brown fat in children may be an effective approach at combating the ever- increasing rate of obesity and diabetes in children," said study researcher Dr. Aaron Cypess, a physician at Joslin Diabetes Center in Boston. Brown fat is a type of fat tissue that burns calories to generate heat. Finding safe ways to increase brown fat activity might be one way to fight obesity, Cypess said. Leaner kids Previously, it was thought that brown fat was present only in babies and children, but a 2009 study by the same researchers showed it is metabolically active in adults — brown fat was found in between 3 percent and 7.5 percent of adults, with higher rates among women. Brown fat increases until puberty and then declines, the researchers said. The new study included 172 children between the ages of 5 and 21. The researchers used positron emission tomography (PET) scans to measure the amount and activity of the fat in children. Active brown fat was detected in 44 percent of the children, and the rate was about the same for girls and boys. Kids between the ages of 13 and 15 had the highest percentage of brown fat, and the highest brown fat activity. But in addition, body mass index (BMI) was correlated inversely with brown fat activity, meaning that the thinnest children had the highest brown fat activity. While adults' brown fat is more active in cold weather, the new study in children showed outdoor temperature had no effect on brown fat activity. Energy & obesity The findings suggest brown fat may play a prominent role in children's metabolism, energy and weight regulation, the researchers said. The goal of the research is to find ways to increase brown fat activity without using drugs, such as by setting indoor temperatures colder in homes where obese children live. Certain foods could also play a role in increasing brown fat levels, he said. A 2010 study in mice found that regular body fat cells, called white fat cells, can be triggered to transform into brown fat. It still unknown as to whether the relationship between BMI and brown fat is that children have more brown fat because they are thin, or if having more brown fat causes children to be thin, Cypress said. "That's the billion dollar question," he said. "But we do know that brown fat is a core component of pediatric and likely adult metabolism." The study was published online today (Aug. 12) in The Journal of Pediatrics. The study was supported by grants from the Eli Lilly Foundation and the National Institutes of Health. Pass it on: Obese kids may have less active brown fat.