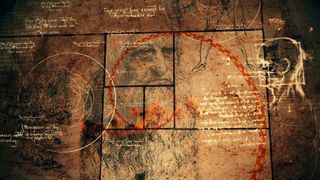 Leonardo da Vinci, perhaps most noted as an artist, was also an architect, inventor and chronicler of science, among other outlets for his talents.

Born on April 15, 1452, in Vinci, Italy, Leonardo da Vinci was the son of a prominent attorney notary and a young peasant girl. Born out of wedlock, he was raised by his father, Ser Piero, and several stepmothers.

His early years were spent living on his father’s family estate in Vinci. During this period of his life, he was also influenced by his uncle, who had a love of nature and had a hand in rearing him during his formative years.

Beyond basic reading, writing and mathematical skills, da Vinci did not receive much of a formal education. Recognizing his potential as an artist, his father sent him at the age of 14 or 15 to apprentice with sculptor and painter Andrea del Verrocchio of Florence.

He spent six years honing his technical skills, including metalworking, leather arts, carpentry, drawing and sculpting, and became member of the Guild of Saint Luke by the age of 20. His whereabouts went undocumented for a few years after being accused and acquitted of sodomy in Florence when he was 22.

He remained with Verrocchio until he became an independent master in 1478. Around that time, he took on his first commissioned work, The Adoration of the Magi, for Florence’s San Donato, a Scopeto monastery. However, he never finished this work as he was soon lured to Milan to serve as an engineer, painter, architect and sculptor for the ruling Sforza dynasty. He worked on a bronze equestrian statue to honor dynasty founder Francesco Sforza off and on for 12 years, but war ultimately interfered and that project never came to fruition.

His role as a Renaissance Man

While war stopped the Sforza project, da Vinci also did not complete many of his paintings and other works. His diversified interests, including scientific law and nature, often sidetracked him. In the early 1490s, da Vinci began chronicling his thoughts about painting, architecture, mechanics and human anatomy. These notebooks contained wide-ranging ideas, including plans for a “flying machine,” bicycle and drawings of a fetus in utero and the human skeleton.

His interests and intellect traversed so many disciplines that he symbolized the term “Renaissance Man.” Unfortunately, these notebooks were not published and his ideas did not advance scientific understanding in the Renaissance period. [Album: Anatomy Meets Art: Da Vinci's Drawings]

The "Mona Lisa" is da Vinci’s best-known work and some historians argue it is his greatest artistic achievement. While it has been speculated that the half-length painting was a man in drag or not even based on a living model, many accounts identify the subject as Lisa del Gioconda, the wife of Francesco del Giocondo, a wealthy silk merchant.

While historians believe the painting was commissioned for their home and to commemorate the birth of their second child, it never hung in their home, as da Vinci never delivered it. It is thought that it was completed sometime between 1505 and 1507, but there are indications that da Vinci continued to work on it as he tried to achieve perfection.  Today, the painting hangs behind bullet-proof glass in the Louvre Museum in Paris.

Leonardo's "Last Supper," which he worked on from 1492 to 1498 by most accounts, was painted on the dining room wall of the of the Santa Maria delle Grazie monastery in Milan. It depicts the dramatic moment when Jesus tells the apostles that one of them will betray him soon. It was not done with the fresco technique —where water-based paint is applied to fresh plaster — but da Vinci instead chose to try to paint on the wall in layers. As a result, the masterpiece began to deteriorate during his lifetime and has undergone an extensive restoration.

The work identified as "portrait of a man in red chalk" is believed to be a self-portrait of da Vinci from about 1510, when he would have been 60. There was speculation that this drawing in red chalk on paper was that of his father or uncle or another older man, but now has been widely accepted as da Vinci and has come to represent his image as Renaissance Man.

Da Vinci left Italy 1516, when French ruler Francis I offered him the chance to paint and draw at his own pace while living at Château of Cloux, a country house near Aboise, France.  Correspondence with Francesco Melzi, his assistant at the time — and some speculate, his lover— indicate that he may have been unhappy in his final years. He spent just three years in France and died there on May 2, 1519.