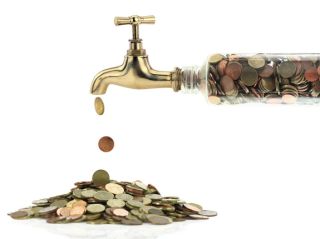 President Barack Obama expressed his unequivocal support for the science industry in a public address today (April 29), saying the nation cannot afford to make sweeping budget cuts that threaten to stall the depth and pace of research.

Obama spoke before an audience of scientists, engineers and doctors this morning to mark the 150th anniversary of the National Academy of Sciences.

"What I want to communicate to all of you is that as long as I'm president, we're going to be committed to investing in promising ideas that are generated by you and your institutions, because they lead to innovative products, they help boost our economy, but also because that's who we are," Obama said. "I'm committed to it because that's what makes us special, and ultimately what makes life worth living." [25 Amazing Facts About Science]

After policymakers failed to reach an agreement to avoid government-wide spending cuts earlier this year, $85 billion in across-the-board cuts — referred to as "the sequester" — was signed into law on March 1.

Making deep cuts to research and development programs could jeopardize the country's competitive edge, and it hinders the widespread benefits that these efforts could have, Obama said.

"What we produce here ends up having benefits worldwide," he explained. "We should be reaching for a level of private and public research and development investment that we haven't seen since the height of the space race, that's my goal."

The sequester is expected to take a significant toll on scientific research, with numerous federal agencies and organizations now facing the possibility of huge cuts to their budgets. In particular, the National Institutes of Health is expecting to face $1.5 billion in cuts; the National Science Foundation is estimating its budget could shrink by $283 million; and the American Association for the Advancement of Science is estimating an $8.6 billion cut in 2013.

Obama called the fallout from the sequester a product of "misguided priorities" in the nation's capital, adding that the country cannot afford to gut programs that are on the brink of important discoveries.

In his address, the president reaffirmed his commitment to "grand challenges," such as solar energy projects, NASA's Curiosity rover mission on Mars, and initiatives to better understand how the human brain processes information and memories.

Furthermore, he stated the government should continue to invest in the projects that promise the most return on taxpayer investment, without being influenced by politics.

The president added that his administration will continue to focus on promoting science, technology, engineering and math — the so-called STEM subjects — to the next generation of Americans.

"We want to make sure we're exciting young people around math and science and technology," Obama said. "We don't want our kids to just be consumers of the amazing things that science generates. We want them to be producers as well."