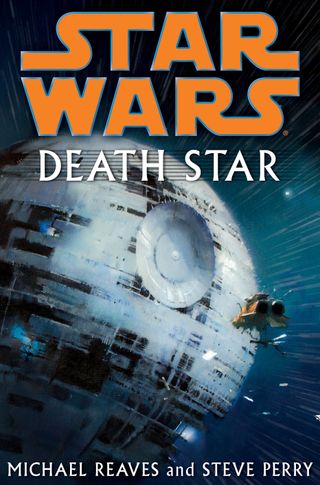 More than 34,000 people signed an online petition calling on the Obama administration to build the “Star Wars” super-weapon to spur job growth and bolster national defense. With tongue firmly embedded in cheek, the White House reported last Friday that a Death Star would cost too much to build and that the President, “does not support blowing up planets.”

As silly as this sounds, the idea of mega-weapons in space is nothing new.

ANALYSIS: When the Air Force Wanted to Nuke the Moon

As the U.S. scrambled to catch up with the Soviets at the launch of the Space Race in the late 1950s, the Air Force considered dropping an atomic bomb on the moon to display U.S. superiority. At the same time, the U.S. Army looked into the feasibility of building a $8 billion lunar outpost to “protect potential United States interests on the moon,” and do surveillance of Earth.

The military also considered placing nuclear missiles on the moon as a sort of doomsday weapon. It would allow for a second strike on the USSR should the U.S. be decimated by a Soviet ICBM surprise first strike.

The 1968 the film classic 2001: A Space Odyssey showed orbiting nuclear bombs (seen at top) in establishing scenes (though they were not explicitly identified as space weapons). In one version of the Arthur C. Clarke and Stanley Kubrick screenplay the alien reincarnated “Star Child” defiantly explodes the space arsenal. Kubrick dropped this from the film ending because it was too similar to the ending of his 1964 dark comedy classic, Dr. Strangelove, which imagines a “doomsday machine” nuking all of Earth.

Ironically, a year earlier nearly 100 countries signed the Outer Space Treaty that bans the stationing of weapons of mass destruction beyond Earth. (In 1958 the U.S. detonated a couple low-yield tactical atomic bombs at high altitude over South Africa.) The treaty also prohibits the militarization of celestial bodies — so long Starship Troopers. This could become problematic if we ever considered launching a super-nuke to deflect an earthbound asteroid.

In the early 1980s President Ronald Regan envisioned a multi-layered defensive shield called the Strategic Defense Initiative (SDI) that was almost like the imaginary force field in sci-fi stories. The weapons envisioned were straight out of the film Star Wars. Among the proposed arsenal were particle beam weapons and orbiting gamma-ray lasers that would shoot soviet ICBMs out of the sky as effectively as the arcade game Missile Command. The laser would be powered by detonating a nuclear bomb in Earth orbit.

Let’s imagine for a moment that an Evil Empire-type super-civilization wanted to essentially sterilize a planet. They might want to colonize the planet but not deal with its indigenous life forms, which could be a Jurassic Park of pretty vicious predators. The planet could be wiped clean for colonization without building a megabucks death-ray space battle station. The aliens could simply tap a lot of kinetic energy by retargeting an asteroid to smash into the planet obliterate the surface biosphere. After waiting a few years for the dust to settle the conquering civilization would move in with their own genetically engineered Noah’s Ark life forms.

Ironically, the secret U. S. Vela satellites launched in the 1960s to monitor any gamma rays from rogue above ground atomic bomb tests (banned under the 1963 Partial Test Ban Treaty by the Soviet Union), picked up, on a daily basis, intense bursts from universe’s natural death stars. Years later it was determined that explosions — hypernovae (an imploding star that unleashes much more energy than a supernova) — focused devastating beams of gamma rays seen by Vela as gamma-ray bursts.

These death star beams would fry the surface of any planets within a few thousand light-years. If such a blast went off nearby it would briefly glowed as brightly as the sun in the sky, instantly blinding anyone on Earth who instinctively look at it! The Earth’s atmosphere would soak up most of the gamma rays but their energy would create nitrogen oxides smog to blot out the sun. The toxic chemical mix would also destroy the ozone layer.

Thankfully this flavor of gamma-ray burst is not a threat to civilizations in our galaxy because hypernovae are rare. But no Star Wars weapon can match the universe’s own fury.