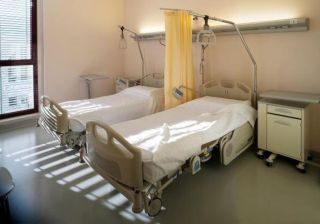 The way that donated kidneys are allocated to patients needing transplants might be changed in the next few years, so that the fittest organs would be given to those likely to live the longest with the donated organ.

That was the announcement today from the United Network for Organ Sharing (UNOS), the nonprofit organization that manages organ donations in the U.S.

More than 93,000 people in the United States are on the waiting list for a kidney transplant, and the demand far exceeds the supply.

Currently, when kidneys from deceased persons become available for donation, they are offered to transplanted patients based primarily on how long the patients have been waiting for an organ.

While this system can be thought of as fair, "it does not strive to minimize death on the waiting list, nor maximize survival following transplant," UNOS says. In some cases, patients that receive relatively poor kidneys are likely to live many years after their transplants, and later need a second or third transplant from the already limited pool of donated organs.

Under the proposed policy, kidneys would be given a score that reflects how long the organ is likely to keep working in its new owner. People needing transplants would also be given scores — based on their age, years on dialysis and other factors — that reflect how long they are likely to benefit from the transplant.

Organs with low scores would be offered to patients in a wider geographic area than under the current system, to increase the chances that they would be used rather than discarded.

The changes could result in more than 8,000 total extra years of life, among all patients receiving a kidney in a given year, UNOS says.

However, experts say the effects of the changes will be marginal, and do not change the reality that the demands for organs is still far greater than the supply.

"It's not a major change," because it only affects 20 percent of patients, said George Annas, chair of the Department of Health Law, Bioethics & Human Rights at Boston University School of Public Health. "Obviously, it's not going to solve the shortage of organs problem," Annas said.

To address this problem, doctors need to do more to prevent kidney disease in the first place, so fewer people need transplants, Annas said.

"You can't just look at a shortage problem from the supply side, you have to look at the demand side too," Annas said.

UNOS is seeking comments from the public on the proposed changes until December, and the organization will vote on the proposal as early as June next year.

Pass it on: A new proposal could change the way that 20 percent of donated kidneys are allocated to patients.