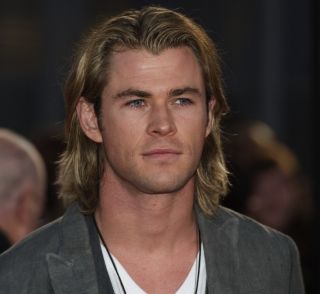 Movie star Chris Hemsworth plays a macho guy as both the huntsman in "Snow White and the Huntsman" and Thor in "The Avengers." But new research suggests that men with Hemsworth's broad-faced, square-jawed look aren't all aggression and brawn.

In fact, men with wider faces are more likely to sacrifice for their team, according to the study, published online May 23 in the journal Psychological Science. The findings suggest that people's first impressions of macho men — that they're uncooperative, cold and even dishonest — aren't so accurate.

"Men with wider faces have typically been portrayed as 'bad to the bone,'" study researcher Michael Stirrat of the University of St. Andrews in the United Kingdom said in a statement.

Exposure to high testosterone levels in the womb may bestow men with more "masculine" faces, manifesting in prominent jawlines and small eyes. These differences become clear at puberty, when testosterone levels rise in boys and their faces mature. Because testosterone is associated with aggression, some research has linked wide faces with the kind of guy who is always spoiling for a fight.

The wider a man's face, the less likely he was to cooperate with his group when told that he'd be compared with other men from his school. But when given an outside rival, these broad-faced macho guys got competitive. Suddenly, they became more likely than average to gamble their own money for the good of their group. [The History of Human Aggression]

The findings reveal that masculine traits can come out in both pro-social and anti-social ways. In other words, masculine guys may be more aggressive in general, but their manly characteristics are downright warm-and-fuzzy in some circumstances, such as when they need to support the home team.

The finding bolsters research released in 2011 that found that wide-faced CEOs tend to lead better-performing companies than their narrow-faced counterparts. Perhaps these macho CEOs are more willing to sacrifice for their team, the researchers suggest.