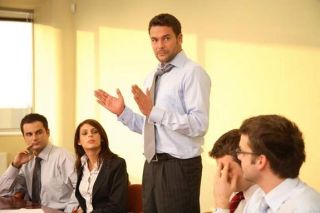 The shape of a CEO's face can predict his company's financial performance, according to a new study in which researchers analyzed photos of 55 male chief executive officers of Fortune 500 businesses.

The crucial feature: Facial width. Corporate leaders with faces that were wide relative to their length — such as Herb Kelleher, the former CEO of Southwest Airlines — tended to lead better-performing companies than CEOs with narrower faces, such as Dick Fuld, the long-faced final CEO of Lehman Brothers, the study found.

This finding follows research that has shown that the ratio of facial width to height is correlated with aggression in men. This relationship between face shape and behavior, which is thought to be related to testosterone levels, has not been shown to hold for women. [Finger Length Predicts Aggression in Men]

Other research has shown men with wider faces are more likely than those with narrow faces to behave unethically. In a previous study using a computer game, researchers found broad-faced men were less trustworthy than other men.

In the new study, Elaine Wong at the University of Wisconsin-Milwaukee and her colleagues looked at the batch of CEO photos, along with information about the companies' financial performances and letters to shareholders.

But the researchers also found a complication: The top management team. Teams that take a black-and white-view of the world are thought to be more deferential to authority, and in companies with this mind-set, face shape is more important. Face shape is less important when top managers see the world in more nuanced terms.

Their research will appear in an upcoming issue of the journal Psychological Science.