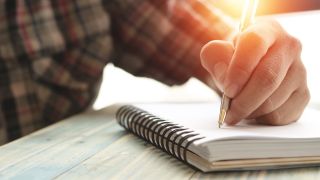 Scientists have discovered the first genetic markers tied to being left-handed, according to a new study.

In addition, these genetic markers may play roles in brain development and communication between different brain areas, the authors said.

The findings, published Thursday (Sept. 5) in the journal Brain, "shed considerably more light on the [biological] processes leading to left-handedness," study lead author Dr. Akira Wiberg, a research fellow at the University of Oxford in the United Kingdom, said in a statement.

About 1 in 10 people worldwide is left-handed. Scientists have known that genes contribute to being left-handed, but they didn’t know which genes are involved.

In the new study, the researchers analyzed the genomes of about 400,000 people in the United Kingdom whose health records and genomic data are part of a database known as the U.K. Biobank. Of these, about 38,000 were left-handed.

The researchers looked for differences in the DNA of left- versus right-handers, and they identified four genetic markers tied to being left-handed.

Three of these markers were located in genes that provide instructions for making proteins involved in brain development and structure. For example, some of these genes were involved in the setup of microtubules, which make up the "scaffolding" inside cells, known as the cytoskeleton.

Microtubules help maintain the structure of cells, including brain cells, the authors said. Interestingly, cell-scaffolding genes in other animals have been found to play a role "left-right asymmetry," such as whether a snail's shell coils to the left or to the right, the authors said.

The researchers also analyzed brain scans of about 10,000 participants and found that these genetic markers are linked with differences in the brain's white matter — long nerve fibers that allow areas of the brain to communicate. In particular, the differences were most pronounced in tracts connecting language-related regions in the brain.

“We discovered that, in left-handed participants, the language areas of the left and right sides of the brain communicate with each other in a more coordinated way," Wiberg said.

This finding suggests that "left-handers might have an advantage when it comes to performing verbal tasks," but much more research would be needed to show this, he said.

Wiberg also noted that the differences in brain activity and white matter were seen as averages across large numbers of people, and so the findings may not apply to a given individual.

It's also important to note that genes aren't destiny when it comes to being left- or right-handed. Researchers estimate that "handedness" is about 25% genetic, meaning that the other 75% may be determined by a person's environment. It's likely that any given genetic marker plays only a small role in a person's overall chances of being right- or left-handed.