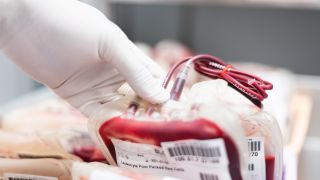 Doctors in New York will soon test an experimental therapy for COVID-19 that uses blood from people who recover from the disease, according to news reports.

The therapy, known as convalescent plasma, takes advantage of the virus-fighting antibodies that are present in people's blood after they recover from the illness, according to NBC News.

For the trial, researchers would collect plasma — the liquid portion of blood that does not include blood cells or platelets — from recovered COVID-19 patients. Researchers would then harvest antibodies against the new coronavirus from the plasma, and these antibodies would then be injected into people sick with COVID-19. The study researchers will then evaluate whether convalescent plasma improves disease outcomes.

"There have been tests that show when a person is injected with the antibodies, that then stimulates and promotes their immune system against that disease," Gov. Andrew Cuomo said at a news briefing Monday (March 23).

The trial, which officials plan to start this week, would only treat people who are seriously ill with COVID-19, Cuomo said.

This type of therapy is more than 100 years old and was used during the 1918 flu pandemic, a time when antiviral drugs and most vaccines did not exist, according to NBC News.

Recruiting for plasma donors would likely start in New Rochelle, a suburb of New York City where many of the state's initial cases occurred, according to NBC.