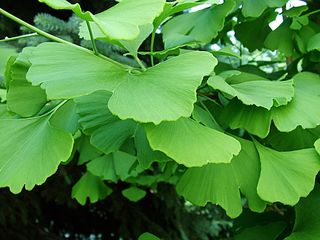 Millions of Americans swear by the health benefits of plant-based dietary supplements and other remedies billed as natural and often purported to have amazing results. Some $34 billion is spent annually on alternative medicine, including supplements.

But botanical supplements, often called herbal remedies, are poorly understood and in many cases could be dangerous, experts say. Likewise, even common vitamins like C and E often don't work as billed and can be bad for many people.

Beyond the U.S. obsession with finding miracle pills to improve health and extend life, the problem with herbal supplements is two-fold, according to an article published in the current issue of Chemical & Engineering News, a publication of the American Chemical Society. The article states:

"Right now, we do not even understand the chemical composition" of botanicals, said Ikhlas A. Khan, a professor of pharmacognosy at the University of Mississippi. "Inherent variability blurs the composition."

Everything, even water, can be poisonous if you take too much, an old adage goes.

"That's so true for dietary supplements," said Stephen Barnes of the University of Alabama, Birmingham. "The big concern is that because you can get them over the counter, there's always a possibility that people will take ridiculous amounts."

Striking out in studies

Meanwhile, among the handful of highly commercialized herbal remedies that have made a handful of promoters and salespeople rich, hard research is hard to come by.

The limitations and problems with herbal remedies are mirrored by the multivitamin craze.

As far back as 2006, the U.S. Department of Health and Human Services reported that many Americans get too many nutrients because of the supplemental pills they pop. More recently, several studies have cast doubt on the value of vitamins:

"Get nutrients from food," said the leader of the multivitamin study, Marian L. Neuhouser of the Public Health Sciences Division at the Hutchinson Center. "Whole foods are better than dietary supplements. Getting a wide variety of fruits, vegetables and whole grains is particularly important."

Among the things that need to be done to safeguard the public, according to the new American Chemical Society analysis: Study the toxicity and the effectiveness of the various dietary supplements, as is done in the conventional drug industry. Concerns go beyond mere efficacy and safety.

Taking a botanical supplement every day could induce or inhibit the activity of liver enzymes that are involved in the metabolism of certain medications, van Breemen said in the ACS article.

For now, the FDA regulates dietary supplements as foods rather than as drugs, so permission is not required to put a new product on the market.

"All botanical dietary supplements should be standardized," said Richard B. van Breemen, co-director of the Center for Botanical Dietary Supplements Research at the University of Illinois.

In limited studies that have been done, led by the federally backed National Toxicology Program (NTP), dietary supplements have been found to harbor a range of toxicity, said Nigel J. Walker, NTP's deputy program director for science.