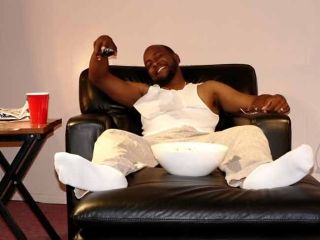 News of an "exercise pill" announced earlier this month has some couch potatoes hoping they can make the 2012 U.S. Olympic team after all. All one needs, apparently, is a dream and a Big Gulp to wash down those prescription meds.

A team of scientists at the Salk Institute near San Diego, led by Ronald Evans, a well-regarded hormone expert, found that two drugs remarkably mimicked some of the benefits of exercise. For example, lazy mice given one drug for a month with no exercise in between increased the distance they could run on a treadmill by 44 percent.

This would imply that if you get short-winded circling the sofa in search of the TV remote, then with the proper pill workout you might be able to make it all the way to the kitchen and back with a bowl of ice cream before needing to take a breather.

That is, don't throw away your sweatpants. The exercise pill study, published in the Aug. 8 issue of the journal Cell, is indeed promising. But this is really about understanding why exercise works so well in improving health, not how it can be avoided.

Exercise provides such widespread benefits that it is ludicrous to think one pill can do much to replace it. In the Evans-led study, two drugs — Aicar and GW1516 — worked at a cellular level to burn fat and increase muscle endurance, nearly perfectly mimicking what the impact of exercise brings. That's impressive, but these are only two of the many benefits that come from hard exercise.

Like the mice, whose muscles are remarkably similar to ours, people who never exercise and who might get short-winded easily might find, upon taking a pill for four weeks instead of jogging, that they can run five miles. Great. But do they have the knees and hips to carry them five miles? Without training — without those ghastly words called "work" and "perseverance"— your joints might not be conditioned to carry you the distance that your muscles now can.

You could drop dead of a heart attack, too, if your circulatory system isn't up to the task of pumping blood through weakened or clogged arteries. With regular aerobic exercise comes a complicated cascade of effects, such as the release of nitric oxide in the blood to open arteries.

You might look good by virtue of a pill burning fat and creating muscle tone. But the rest of your insides might be rotting.

Real Olympians looking to gain an edge in performance perhaps could benefit from Aicar and GW1516. Evans reportedly has developed a test with the World Anti-Doping Agency to prevent cheating in the Beijing Games.

Ordinary people — that it, the large segment of the U.S. population who is large or who has a condition that makes it difficult to exercise — also could benefit from these drugs, should they prove to be safe. Obese individuals, for example, who often as a result of a metabolic disorder continue to gain weight even while restricting calories, might be able to burn fat more efficiently.

All of this is years away, though. All doctors have now are drugs that work for reasons not entirely clear in mice and that haven't been tested for short- or long-term side effects.

Even if the exercise pill becomes a reality, many folks might stick to their traditional exercise regime, for so often this is tied to social benefits and an unbeatable sense of pride and accomplishment. Then again, there's likely to be a pill that will give you that kind of high, anyway.

Christopher Wanjek is the author of the books "Bad Medicine" and "Food At Work." Got a question about Bad Medicine? Email Wanjek. If it's really bad, he just might answer it in a future column. Bad Medicine appears each Tuesday on LiveScience.