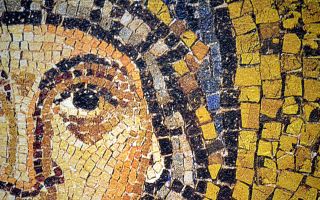 About a century before the fall of the Byzantine Empire — the eastern portion of the vast Roman Empire — signs of its impending doom were written in garbage.

Archaeologists recently investigated accumulated refuse in trash mounds at a Byzantine settlement called Elusa in Israel's Negev Desert. They found that the age of the trash introduced an intriguing new timeline for the Byzantine decline, scientists reported in a new study. [The Holy Land: 7 Amazing Archaeological Finds]

The researchers discovered that trash disposal — once a well-organized and reliable service in outpost cities like Elusa — ceased around the middle of the sixth century, about 100 years prior to the empire's collapse. At that time, a climate event known as the Late Antique Little Ice Age was taking hold in the Northern Hemisphere, and an epidemic known as the Justinian plague raged through the Roman Empire, eventually killing over 100 million people.

Together, disease and climate change took a devastating economic toll and loosened Rome's grip on its lands to the east a century earlier than once thought, according to the study.

Elusa was already partly excavated, but the new investigation was the first to explore the site's long-ignored trash heaps, lead study author Guy Bar-Oz, a professor of archaeology at the University of Haifa in Israel, told Live Science in an email.

Unlike the architecture of an ancient city, which could be repeatedly destroyed and rebuilt, landfills steadily accumulated over time, creating continuous records of human activity. Clues found in preserved garbage dumps could thereby reveal if a city was thriving or in trouble.

"For me, it was clear that the true gold mine of data about daily life and what urban existence in the past really looked like was in the garbage," Bar-Oz said.

In the dump sites, the scientists found a variety of objects: ceramic pot sherds, seeds, olive pits, charcoal from burned wood and even evidence of discarded "gourmet foods" imported from the Red Sea and the Nile, the study authors reported.

The scientists carbon-dated organic material such as seeds and charcoal in layers of trash mounds located near the city. They found that trash had built up in that location over a period of about 150 years and that the accumulation terminated in the middle of the sixth century. This suggested there was a failure of infrastructure, which happens when a city is about to collapse, the researchers noted.

Based on the new evidence, researchers concluded that Elusa's decline began at least a century before Islamic rule wrested control of the region from the Romans. In fact, Elusa was struggling during a period that was relatively peaceful and stable; it was during this time that the Roman Emperor Justinian was expanding the empire's boundaries across Europe, Africa and Asia, Bar-Oz said.

With the empire enjoying "a period of glorious success," it would seem logical to expect that its outposts would be financially secure, Bar-Oz said. Yet the data the researchers collected suggested the opposite.

"Instead, we are seeing a signal for what was really going on at that time and which has long been nearly invisible to most archaeologists — that the empire was being plagued by climatic disaster and disease," Bar-Oz explained.

The findings were published online today (March 25) in the journal Proceedings of the National Academy of Sciences.