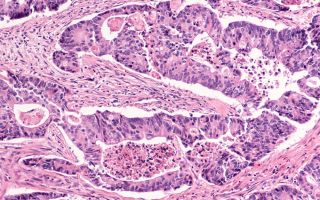 An at-home screening test for colorectal cancer may be as good an option as a colonoscopy, a new review study finds.

The FIT, or fecal immunochemical test, works by determining whether there is blood in a person's stool sample that is not visible to the naked eye. Blood in the stool may be an early sign of a colon polyp (a small growth that's typically not cancerous) or of colorectal cancer.

In the review, published yesterday (Feb. 25) in the journal Annals of Internal Medicine, the researchers looked at data from 31 studies that compared the performance of FIT tests to colonoscopies. [5 Lifestyle Tips that Lower Your Risk of Colorectal Cancer]

These findings suggest that a FIT test done every year is a very acceptable alternative to a colonoscopy for people at average risk of colorectal cancer, Imperiale told Live Science. An average risk means the person doesn't have a family history of the disease and does not have inflammatory bowel disease or colon polyps. (Unlike a colonoscopy, which is recommended once every 10 years, the FIT test is recommended yearly.)

The FIT test is done by placing a paper sling in the toilet seat to catch a stool sample before it hits the bowl, Imperiale said. Then, a brush is used to obtain a smaller stool sample, which is sent to a lab for analysis. Results are then sent to physicians, who communicate the findings to their patients. If a patient has a positive result, they would need to have follow-up testing in the form of a colonoscopy.

Some of the benefits of the FIT test are that it is easy to do at home and doesn't require advanced preparation, an invasive procedure or going under sedation, Imperiale said. However, the screening test needs to be carried out more frequently (once a year versus once a decade) and doesn't preclude a person from having a colonoscopy, as a positive FIT-test result would likely necessitate that procedure.

Which test is best?

Regardless of the testing method used, only about 65 percent of U.S. adults ages 50 to 75 get screened for colorectal cancer, according to the review. The disease is the second most common cause of cancer-related deaths in the country.

So, with about one-third of adults not getting screened, more evidence is needed regarding the effectiveness of other colorectal cancer-screening methods.

Dr. James Allison, a gastroenterologist and research scientist emeritus at Kaiser Permanente Northern California Division of Research, noted that although Americans may have been told that colonoscopy is the "gold standard" screening test for colorectal cancer, there's a lack of evidence that any one test is best for screening. Allison wrote an editorial about the review that was also published in the Annals of Internal Medicine.

What's more, comparing the performance of a single FIT test to a one-time application of colonoscopy as a screening method for colorectal cancer is like comparing apples to oranges, Allison told Live Science. That's because colonoscopy is recommended once every 10 years while FIT testing would be recommended every year, which would allow for the discovery of advanced tumors and early treatable cancers each year, he noted.