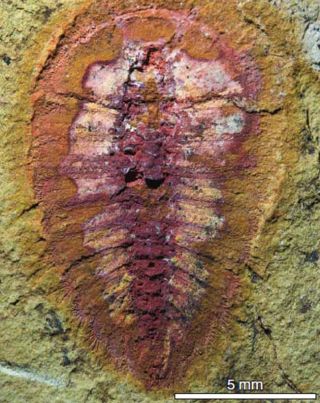 A discovery of a huge number of soft-bodied marine animal fossils is giving these critters a fair shake in the fossil record.

Paleontologists found more than 1,500 soft-bodied marine animal fossils, some dating to nearly 500 million years ago. The discovery provides a more complete understanding of marine life at that time and suggests that these soft-bodied sea animals did not die off during a major extinction event during the Cambrian period, as previously thought.

Fossils of soft-bodied animals are a rare find because squishy body parts tend not to hold up as well as hard shells and bones over time, wearing away before they can leave an impression. On the coattails of the famous Cambrian Explosion (around 530 million years ago) — which saw the establishment of all the major animal groups and the development of complex ecosystems — was the Great Ordovician Biodiversification Event (around 490 million years ago). During this event, an explosion of marine animal life over a period of 25 million years occurred.

The animals represented by these newly discovered fossils, including sponges, annelid worms, mollusks, and horseshoe crabs, lived during the Ordovician period between 480 million and 472 million years ago, making them the oldest ever discovered during this period.

Until now, the Ordovician fossil record was biased toward hard shelled organisms — "shelly" animals in scientist-speak — because they fossilize more easily.

"The early Ordovician was a critical moment when massive diversification takes off, but we were only seeing a small piece of the picture that was based almost exclusively on the shelly fossil record," said Derek Briggs of Yale's Peabody Museum of Natural History and an author on the study. "Normal faunas are dominated by the soft-bodied organisms we knew were missing, so these exceptionally well-preserved fossils have filled in much of the missing picture."

The conditions that created the Lower and Upper Fezouata Formations in Morocco were perfect for preserving soft-bodied marine animals because calm waters and rapid burial protected the animals' bodies from predators, and favorable chemical conditions in the sediment combined to quickly mineralize the soft-tissue as it decayed.

In addition to providing a more complete understanding of marine life at that time, the team's discovery upends a long-held belief that so-called Burgess Shale-type faunas — soft-bodied organisms similar to the ones discovered at the famous Burgess Shale fossil field in British Columbia — , which are typical for the Early to Middle Cambrian, disappeared at the end of the Middle Cambrian epoch, some 499 million years ago.

"There was an anomaly in the fossil record. Most of these animals just seemed to disappear at the end of the Middle Cambrian," said Peter Van Roy of Yale University, who led the study.

The team found that these Burgess Shale-type species survived well into the Ordovician period, which would have had a major impact on those ecosystems and their evolution, Van Roy said.

The team expects to find even more fossils representing other species during future planned expeditions in Morocco.

"We’re only scratching the surface," Van Roy said. "I'm certain there will be more spectacular fossils coming out of this site in the near future."

The researchers' finding are detailed in May 13 edition of the journal Nature.