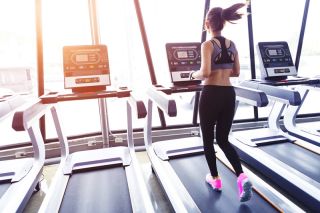 Several cities in Colorado and California lead the nation in rates of regular exercise, according to a new poll.

The poll, which was conducted by Gallup and Sharecare in 2015 and 2016, asked adults in 189 U.S. metro areas about their exercise habits over the prior week. People were considered "regular exercisers" if they said they exercised for at least 30 minutes a day, three or more days a week.

Boulder, Colorado, had the highest percentage of regular exercisers — about 70 percent of that metro area's adult residents said they exercised at least 30 minutes a day, three days a week.

The places with the lowest rates of regular exercise were Cedar Rapids, Iowa (45.6 percent); Akron, Ohio (45 percent); and the Hickory-Lenoir-Morganton metro area in North Carolina (42 percent).

Areas with high rates of regular exercise also tended to have lower rates of chronic conditions and health problems, including obesity, diabetes, depression, high blood pressure, high cholesterol and heart attack, according to Gallup and Sharecare.

In a separate analysis, researchers at Gallup and Sharecare looked at the overall rate of regular exercise in the United States. They found that, in 2016, 53.4 percent of Americans said they exercised for at least 30 minutes a day, three days a week. That's the highest rate of regular exercise measured since the poll was started in 2008, the researchers said. [How to Start an Exercise Routine and Stick to It]

"Innovative communities around the country are beginning to take an environmental approach to ensure their residents have safe and easy places to exercise," Gallup and Sharecare said in their report. "These communities are creating vibrant, livable, walkable and bikeable public spaces, and are investing in infrastructure that provides safe places to exercise and move naturally," the report said.