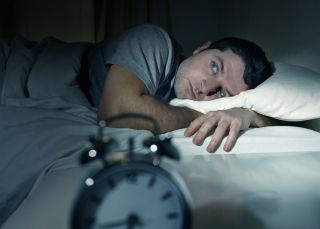 People whose brains respond strongly to rewards may be less prone to some of the negative effects of sleep deprivation, a new study finds. One of those negative effects is depression, according to the study. Poor sleep has been linked to depression, both as a risk factor for the mental health disorder and as a symptom of it.

But not every person with sleep troubles has symptoms of depression, according to the study, published today (Sept. 18) in the Journal of Neuroscience.

Instead, differences in how people respond to positive experiences seem to have a "small but notable protective role" in stopping symptoms of depression from happening alongside sleep problems, said senior study author Ahmad Hariri, a professor of psychology and neuroscience at Duke University. [5 Surprising Sleep Discoveries]

"The extent to which you have a brain that's sensitive to reward and responses to rewarding experiences buffers against … the association between poor sleep and depression," Hariri told Live Science.

To study how the brain's response to rewards played a role in the link between poor sleep and depression, the researchers did brain scans on more than 1,100 college students. Before having their brains scanned, the students filled out questionnaires about how well they sleep at night and their mood.

During the brain scans, the students were asked to play a simple game so that the researchers could measure activity in an area of the brain called the ventral striatum, which is related to rewards. The ventral striatum acts as "the hub of reward learning," Hariri said; it's designed to learn what behaviors result in rewards and reinforce those behaviors.

In the game, which took about 6 minutes to play, the researchers asked the students to guess whether the number on a playing card was higher or lower than 5, and the students were told that the better they did, the more money they'd get. For each correct answer, the student would get positive feedback — "Hey, your guess was right!" — and the researchers would see how the ventral striatum responded. (Similarly, for wrong answers, the students would get negative feedback.) Unbeknownst to the students, the game was rigged — so during six rounds of the game, they would be right 80 percent of the time or wrong 80 percent of the time.

The researchers found that the extent to which a person's brain responded to a reward (or being told they got the right answer), the less likely that person would be to show an association between poor sleep and symptoms of depression, Hariri said. [7 Ways to Recognize Depression in 20-Somethings]

Other studies have shown that the ventral striatum plays a role in a range of symptoms of depression called "anhedonia," Hariri said. Anhedonia is basically "a fancy word for lack of pleasure," he said, and refers to symptoms such as not finding activities that were once rewarding to be pleasurable anymore, blunted emotions and a lack of motivation to participate in once-rewarding activities.

Interestingly, in the new study, the researchers found that activity in this area of the brain was linked to all symptoms of depression, not just anhedonia symptoms, Hariri said.

However, the study had some limitations, Hariri noted. For example, the researchers looked at only a snapshot in time. "What we don't have is that order of how things are happening," he said. It's unclear if a person's poor sleep came before or after symptoms of depression in the study, he said. Long-running studies are needed to confirm the findings.

Another limitation was that the research was done in relatively healthy young adults, so it's unclear if the findings would apply to older and less-healthy people.