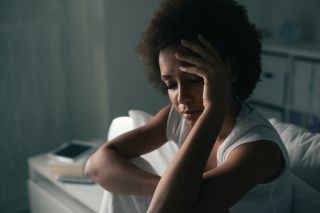 An online therapy program designed to treat insomnia also appears to reduce levels of anxiety and depression, a new study from the United Kingdom finds.

"How well we sleep might actually play a role in our mental health," lead study author Daniel Freeman, a professor of clinical psychology at the University of Oxford, said in a statement. "If you can sort out your sleep, you could also be taking a significant step forward in tackling a wide range of psychological and emotional problems." [Get Better Sleep in 2017]

The new study, which was published today (Sept. 6) in the journal The Lancet Psychiatry, included more than 3,700 British college students (with an average age of 24) who had insomnia. All participants filled out questionnaires about their sleep and other mental health conditions — including paranoia, hallucinations, anxiety and depression — at the beginning of the study and then again after three and 10 weeks, when the treatment ended. Twelve weeks later, the participants filled out the questionnaires for the final time.

The people in the study were randomly assigned to either the treatment group or the control group. Those in the treatment group participated in an online cognitive behavioral therapy (CBT) program. CBT focuses on the way people think, and helps them challenge their own thoughts and beliefs; a specialized type of CBT for insomnia, called CBT-I, is considered to be a "first-line" therapy for people with insomnia that lasts longer than one month, according to the American College of Physicians. The people in the control group did not receive CBT.

The online program involved six 20-minute-long sessions, and the participants were asked to keep a sleep diary, practice certain behavioral techniques and learn about healthy sleep, according to the study. Using data from the sleep diaries, the program tailored its advice to each participant.

The findings suggest that sleep plays an important role in mental health and that doctors should consider it a priority to improve patients' sleep, the authors wrote.

"For too long, insomnia has been trivialized as merely a symptom" of other mental health conditions, and has been thought of as a problem to be tackled, Freeman said. But "for many people, insomnia can be part of the complex package of causes of mental health difficulties," he said.

More research is also needed to see how long the effects of the CBT online therapy last, the researchers said.