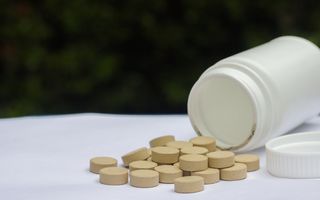 Endurance athletes such as marathon runners and long-distance cyclists know that it takes years of training to build stamina. But new research in mice suggests that it may not take much time at all.

In the study, scientists gave mice that were typically sedentary a chemical called GW1516 for eight weeks, and found that these mice were able to run on a treadmill for 270 minutes before they showed signs of fatigue. Mice in a control group that did not receive the pill could run on the treadmill for only about 160 minutes.

The chemical is thought to work by interacting with a gene involved in the switch from burning the body's stores of sugar to burning fat, according to the findings, published today (May 2) in the journal Cell Metabolism. [Exercise and Weight Loss: The Science of Preserving Muscle Mass]

"If you reprogram the genetics, you can acquire that level of fitness without having to expend a lot of energy," said Ronald Evans, an author of the study and a molecular and developmental biologist at the Salk Institute in La Jolla, California.

It's not clear whether the chemical would work the same way in humans. But if it did, the results from the study could one day lead to a pill that controls a network of genes, turning them on and off to selectively burn fat and sugar, much like exercise training. Such a therapy could mimic the benefits of exercise for those with limited mobility, such as the elderly, obese or physically impaired.

In the new study, Evans and his team built on earlier work in which they found a kind of biological sensor called PPARD that, during exercise, senses fat in the muscle and then turns genes on and off to burn fat and preserve sugar. [Dieters, Beware: 9 Myths That Can Make You Fat]

Previous work also showed that GW1516 interacted with that sensor, activating the same set of genes as those that would be triggered by exercise. For example, in one study, Evans and his team gave GW1516 to normal mice for four weeks and showed that it controlled their weight and insulin response. But it didn't seem to influence endurance in sedentary mice.

In the new study with sedentary mice, they increased the dose of GW1516 and gave the compound over a longer period.

When the scientists analyzed muscle tissue from the mice, they found a few interesting things. First, the tissue did not show any of the physiological changes associated with fitness training. There was no increase in the number of blood vessels or mitochondria, the power plants in cells that generate more than 90 percent of the energy.

"What's interesting to me here is that there is no change in fiber type or mitochondrial content, and that the improvement in endurance from GW1516 is primarily, or overwhelmingly, due to differences in glucose management," said Evan Williams, senior research scientist at the Institute of Molecular Systems Biology at ETH Zurich, a university in Switzerland known for its science and technology programs. Williams is not a part of this research study.

Second, Evans and his team saw that the chemical had affected a network of 975 genes. Genes that were involved in burning fat were turned on and up, and genes involved in the breakdown of sugar for energy were silenced.

The scientist think that, at least in muscle, the PPARD sensor facilitates the switch to burning fat for energy, not sugar, Evans said. Even though muscle tissue can burn both, the brain can use only sugar from the blood for energy. And that is where endurance comes from, Evans said. When sugar levels in the blood drop, the brain is affected, and fatigue sets in.

Endurance athletes that push themselves to their limits and deplete their sugar reserves ultimately "hit the wall," or "bonk," as it's colloquially called. But if their muscles could burn less sugar and reserve it for the brain, they could push back the wall.

If the GW1516 chemical sounds like a performance enhancing drug, it is, Evans said. The compound, which is not an approved drug for use in humans in the United States, is being made and used in Russia, Evans said.

"That doesn't mean we shouldn't develop the drug for the people who need it," he said.

Marc Hamilton, a professor at the University of Houston and director of Texas Obesity Research Center at the Texas Medical Center, said he is skeptical that any drug would be powerful enough to raise fat and glucose metabolism in people, even to the degree that occurs during moderate exercise, which has been shown to be safe and without hazardous side effects.

Such a solution should "come through an innovative breakthrough by creating physiologically effective exercise-like metabolism in any body by better forms of natural muscular activity, without the risks of drugs and high effort exercise prescriptions," said Hamilton, who was not a part of this study.

Williams, at ETH Zurich, said he is curious about future studies that will focus on whether GW1516 can be used as a therapy.

"The experiments in this paper are geared towards supporting its ability for athletic performance enhancement," he said. "It'd be useful to see additional research on this compound in models that represents metabolic diseases or some sort of dystrophy."