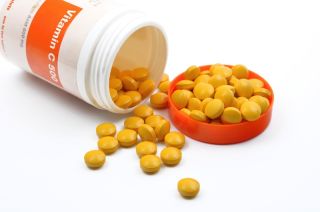 In the study, 54 healthy participants were randomly assigned to take vitamin C and E supplements, or a placebo, during an endurance training program that consisted of running three to four times a week. Participants completed fitness tests and underwent a muscle biopsy at the beginning and end of the study to see how their bodies adapted to the training.

After 11 weeks, the muscles of the people in the placebo group had produced more mitochondria — "powerhouses" of the cells — a natural response to training. However, those in the supplement group did not see an increase. [7 Common Exercise Errors And How to Fix Them]

The findings suggest "vitamin C and E supplements blunted the endurance training-induced increase of mitochondrial proteins, which are needed to improve muscular endurance," study researcher Dr. Gøran Paulsen, of the Norwegian School of Sport Sciences, said in a statement.

Despite these cellular effects, the supplements did not appear to hurt participants' overall performance — both groups had similar improvements in their maximal uptake of oxygen, an indicator of endurance.

Still, Paulsen said, "our results indicate that high dosages of vitamin C and E — as commonly found in supplements — should be used with caution, especially if you are undertaking endurance training."

Many people take vitamin supplements, even though there's little evidence that supplements benefit health or athletic performance. In fact, several recent studies have suggested that high doses of vitamins may be harmful.

Although vitamin supplements did not seem to affect participants' overall performance, it could be that some people are more affected by supplements than others, the researchers said. They said that the four participants with the biggest improvements in running performance seen in the study were all in the placebo group.

Figuring out exactly how vitamin supplements may interfere with improvements in muscle endurance requires further research, the researchers said. The study is published today (Feb. 3) in the Journal of Physiology.