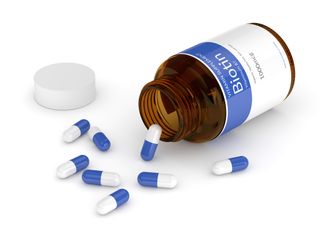 High doses of the vitamin biotin in a person's blood can cause errors in some medical lab tests, and these faulty test results have already been linked to one death, according to the U.S. Food and Drug Administration (FDA).

Biotin, also known as vitamin B7 or vitamin H, is commonly found in multivitamins, prenatal vitamins and supplements that claim to improve nails, hair and skin.

In a statement released Nov. 28, the FDA said that biotin can skew the results of certain lab tests, which can potentially lead to a misdiagnosis. These "biotin-related errors" can occur in a variety of lab tests, including tests to measure hormone levels and tests that can reveal signs of a heart attack, the FDA said.

The potential for biotin to skew the results of certain lab tests is not a new finding, but the FDA said that many patients and doctors may be unaware that the vitamin can have this effect. [25 Medical Myths That Just Won't Go Away]

In addition, the FDA noted that there has been an increase in reports of such errors leading to negative consequences.

In one report, a patient who was taking high doses of biotin died from a heart attack after a blood test showed falsely low levels of troponin, a protein that, at elevated levels, indicates heart damage, according to the statement.

How much is too much?

It's unclear exactly what amount of biotin causes lab test errors, but researchers are exploring the issue.

A very small preliminary study, published in September in the journal JAMA, looked at how a 10-milligram daily dose of biotin affected test results in six healthy adults. The researchers asked the participants to take 10 milligrams of the vitamin daily for a week. They took blood samples before and after, and then used the blood in a variety of lab tests.

The researchers included 23 lab tests that were suspected to be vulnerable to biotin-related errors. Among the 23 lab tests, biotin supplementation caused errors in nearly 40 percent, the study found.

The researchers found that biotin supplementation caused one test error that could lead doctors not to identify congestive heart failure. Other false test results could make a healthy patient appear to have thyroid disease.

The reason biotin supplements can mess up certain test results is because the tests contain their own biotin.

Many lab tests rely on a strong bond between biotin and a protein called streptavidin to increase test sensitivity. Biotin and streptavidin are part of a process that creates a signal that is either proportional or disproportional to the amount of the substance the test is measuring, said Danni Li, the lead author of the JAMA study and an assistant professor of laboratory medicine and pathology at the University of Minnesota. That's why the presence of extra biotin can lead to falsely high or low results, Li said. [5 Key Nutrients Women Need As They Age]

"When a person takes very large doses of biotin, the biotin present in their blood sample can interfere with the mechanism of the lab test in such a way that it could either falsely produce a result that is low or high," Li told Live Science.

However, biotin doesn't stay in a person's body forever: It leaves the body after some time, Li said. It’s uncertain exactly how long people need to wait for the vitamin to clear their blood. Some lab test manufacturers argue that 8 hours is enough, Li said. However, she said she doubts this would be enough time for very high doses of biotin or for a person who had kidney disease, which impacts how long it takes the body to get rid of certain substances. If people want to be conservative, wait a couple of days to a week, Li said. Eating foods that contain the vitamin won't cause false test results because these foods don't contain worrisome amounts, she added.

Li said that people who want to keep taking biotin should tell their doctor and take a break from the vitamin before getting medical tests.

"I don't think this should necessarily stop people from taking biotin," Li said, noting that there’s anecdotal evidence of biotin’s health benefits for some patients.

"They just need to be mindful," Li added. "Knowing that it interferes with labs tests, they should tell their doctor about it."