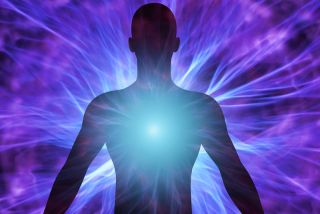 Could shining bright lights on comatose patients to encourage their natural circadian rhythms help them awaken? A small study from Austria says yes.

The body's ability to awaken from a coma after severe brain injury is tied to its maintenance of its natural circadian rhythms, according to the study, which included 18 patients in various unconscious states.

The scientists found that the chances of regaining consciousness may improve once the body falls back into its natural, healthy cycle of rising and falling body temperatures throughout the day. [The 7 Biggest Mysteries of the Human Body]

The scientists also found that, in a subset of eight patients, two showed increased levels of consciousness after a treatment with carefully timed bright lights that were intended to trigger circadian rhythm activity and natural daily body-temperature fluctuations.

"[T]he closer the body-temperature patterns of a severely brain-injured person are to those of a healthy person's circadian rhythm, the better they scored on tests of recovery from coma," said study leader Christine Blume, a postdoctoral researcher at the Laboratory for Sleep & Consciousness Research at the University of Salzburg in Austria.

The new findings are very preliminary, but they suggest that monitoring circadian rhythms may one day serve as a diagnostic tool to monitor a comatose patient's chance for recovery, the researchers said. In addition, therapies aimed at tweaking those rhythms may ease patients into a more aware state, the research team wrote, in their study, published today (April 19) in the journal Neurology.

Circadian rhythms are daily cycles that tell the body when to eat, sleep or wake. They are set by environmental cues, such as daylight and nightfall. In healthy people, these rhythms include small changes in body temperature. Generally, body temperature increases during the day, with a peak at about 4 p.m., and decreases during the night, with the low point occurring at about 4 a.m., Blume said.

For the new study, the researchers monitored 18 people with severe brain injuries. Some were diagnosed with unresponsive wakefulness syndrome, also called a vegetative state. People in this state have awakened from a coma (which is a state of complete unconsciousness), and may open their eyes and have periods of sleep but otherwise remain unresponsive. Other patients in the study were in a minimally conscious state, meaning that they showed some signs of awareness.

For one week, the researchers continually monitored the body temperatures of these study participants with external skin sensors. They also evaluated the level of consciousness for each person with the Coma Recovery Scale, measuring things such as their responses to sound and their ability to open their eyes with or without stimulation. They found that the patients who scored better on that scale also had body temperature patterns that more closely aligned with a healthy 24-hour rhythm.

Then, the researchers tried to nudge eight of the patients back into a more natural temperature cycle. The researchers exposed these patients to cyclical periods of bright light stimulation over the course of a week. Two participants responded positively to this therapy, expressing increased signs of consciousness.

Blume cautioned, however, that her team's study sample, comprising only eight patients, was too small to show whether the light stimulation is a beneficial therapeutic tool to help patients with brain injuries regain alertness and awareness. [10 Things You Didn't Know About the Brain]

"This is promising, but preliminary, and should be investigated in a larger cohort," Blume told Live Science.

"We indeed hope we can encourage the cycle to return," Blume added. "We therefore encourage doctors to create an environment in the hospital that mimics the natural cycle of light during the day and darkness during the night — especially, daylight lamps may be helpful."