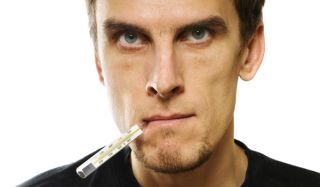 For most folks, a thermometer reading around 98.6 degrees Fahrenheit (37 degrees Celsius) means their body temperature is normal. Now, two scientists have an idea why our bodies, as well as those of most other mammals, consistently run at that temperature : A toasty body temperature helps keep nasty fungal infections at bay.

"One of the mysteries about humans and other advanced mammals has been why they are so hot compared with other animals," said study co-author Arturo Casadevall, professor and chair of microbiology and immunology at Albert Einstein College of Medicine of Yeshiva. "This study helps to explain why mammalian temperatures are all around 98.6 degrees Fahrenheit."

Casdevall's previous work showed that the number of fungal species that can thrive and, therefore, infect an animal declines by 6 percent for every 1.8 degree F (1 C) rise in temperature. This, he claimed, is why reptiles , amphibians and other cold-blooded animals are susceptible to tens of thousands of fungal species, whereas only a few hundred types of fungi can harm humans and other mammals.

In Casadevall's recent study, published in the journal mBio, he and his collaborator, biologist Aviv Bergman, also of Einstein College of Medicine, analyzed the fungus-fighting benefits gained by a maintaining a body temperature between 86 and 104 F (30 and 40 C) against the costs it takes a lot of food to keep the fire burning that hot. The optimal temperature, it turned out, was 98.06 F (36.7 C), just a hair away from what we consider "normal" for humans. (It might be even closer to normal, given that many scientists now consider 98.2 F (37.77 C) to be the true normal temperature for humans.)

There is a range around the optimal calculation where different mammals have settled depending on their specific needs, but most advanced mammals have temperatures in the 96.8 to 104 F range (36 to 40 C), Casadevall told Life's Little Mysteries. For example, at 104 degrees Fahrenheit, rabbits are much hotter than humans and other mammals are a bit colder.

One downside of a higher body temperature is of the amount of food it takes to keep the fire burning. Still, maintaining a warmer body could have provided the critical edge mammals needed to outlast the dinosaurs.

The asteroid reset things by killing off dinosaurs and large animals, Casadevall said. The mammals were then able to become the predominant animals (beating the surviving reptiles) because they were warm-blooded, and thus not susceptible to many fungal diseases.