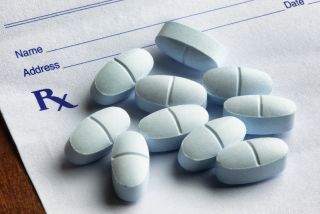 Most American teenagers who abuse opioid drugs first received the drugs from a doctor, a new study finds.

Researchers looked at trends in the use of prescription opioids among U.S. adolescents from 1976 to 2015. They found a strong correlation between teens' taking the drugs for medical reasons and then later taking them for "nonmedical" reasons, or in other words, abusing them, according to the study published today (March 20) in the journal Pediatrics.

But the finding points to a way to prevent teens from abusing opiods: "This means health professionals who prescribe opioid medications to adolescents can play an important role in reducing prescription opioid misuse," McCabe told Live Science.

In 2015, the the most recent year of the study, 8 percent of adolescents reported abusing prescription opioids, and the majority of them had been prescribed opioids previously, the researchers found.

"We consider any rate of nonmedical use of prescription opioids alarming, based on the known adverse consequences associated with this behavior," McCabe said.

Opioids are a class of strong pain medications such as OxyContin and Vicodin. The addictive nature of these drugs can lead to drug abuse, severe complications requiring emergency room visits and overdose deaths.

The U.S. consumes about 80 percent of the world's prescription opioid supply. There has been consistent growth in the number of prescriptions written for opioids in the U.S., rising from 76 million prescriptions in 1991 to 207 million in 2013, according to the National Institute on Drug Abuse.

However, the new study revealed that among teens, both medical and nonmedical use of opioid medications has declined in recent years, starting in 2013. The decline may be due to careful prescribing practices, McCabe said.

There are several medical procedures that teens may undergo for which opioids are recommended for pain management. But doctors can be careful about the amount of these drugs they prescribe, and limit refills. Parents can make sure that any leftover pills are discarded. [The Drug Talk: 7 New Tips for Today’s Parents]

"The goal is not to reduce prescription opioids at all costs, but to reach a balance between making sure patients are adequately treated with prescription opioids when medically necessary while minimizing the potential for adverse opioid-related consequences," McCabe said. "The current study and other national studies indicate we have more work to do in order to strike the correct balance."

There are some useful strategies to strike such a balance, McCabe said. For example physicians can prescribe the lowest effective dose of opoids, and supplement that with milder pain medication, such as acetaminophen or ibuprofen.