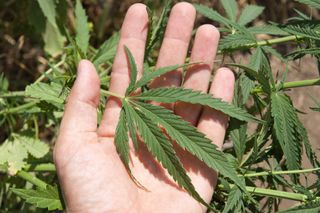 About 200 million people worldwide use illegal drugs each year, according to a new report.

Illegal drug use causes about a quarter of a million deaths per year, according to the report, and use is highest in developed countries.

The report is the first in a series of papers published in the journal the Lancet that address the burden of disease due to illicit drug use. It reviews information on the prevalence of illegal drug use, as well as its acute and chronic health effects.

The actual number of illegal drug users may be higher than estimated in the report because methods used to measure the prevalence of drug use, such as household and school surveys, may not be completed by drug users, or people may not admit to drug use.

The researchers, who used information from the United Nations Office on Drugs and Crime as well as other published literature, estimate that between 149 million and 271 million people worldwide use illegal drugs.

Cannabis use was highest in Oceania (Australia and New Zealand), with up to 15 percent of 15- to 64-year-olds using the drug. Oceania also had the highest use of amphetamines, with 2.8 percent of that age group using drugs such as speed and crystal meth.

Opioid use, including heroin use, was highest in the Near and Middle East (up to 1.4 percent of 15- to 64- year-olds). Cocaine use was highest in North America (1.9 percent).

Opioids have been shown to have all four types of health effects. They have the highest risks of dependence, which affects perhaps 1 in 4 of lifetime users, and are major contributors to premature death due to overdoses, often in combination with other drugs, as well as accidents, suicides and violence, HIV/AIDS and hepatitis. They are also major contributors to disability.

Cannabis causes very few deaths, though it may cause some accidental deaths, such as those from car accidents resulting from driving under the influence. Still, it causes many users to become dependent, and probably contributes to mental disorders, the researchers said.

Data from the World Health Organization suggests there were 250,000 deaths worldwide due to illicit drug use in 2004, compared with 2.25 million due to alcohol, and 5.1 million due to tobacco.

But 2.1 million years of life were lost due to drug use, more than the 1.5 million lost due to alcohol, likely because drug deaths generally affect younger people, while alcohol deaths tend to occur in middle-aged and elderly people.

These estimates of the illegal drug burden do not, however, include adverse social effects on drug users, such as stigma and discrimination, or the adverse effects that drug-related behavior has on communities, such as discarded injection equipment, violence between drug dealers and property crime.

The authors noted  that most of the disease burden attributable to illicit drugs falls on problem or dependent drug users, especially those who inject drugs.

Pass it on: While illegal drug use doesn't cause as many deaths as alcohol, use leads to a substantial burden of disease in some countries.